The public hearing process for the current proposal for new regulations for ship-based organized tourism in the nature reserves in Eastern Svalbard has been opened on October 10 (for some more details on the proposal, scroll down to April news or click here). The hearing will be going on until December 10. Should the current proposal come into force, then the flexibility of expedition ships in the areas in question (the complete eastern part of the Svalbard archipelago) would be significantly reduced. The proposal is controversial. The law will not be passed before the Norwegian parliament (Stortinget) has issued a new white paper on Svalbard in spring 2009.

The issue was discussed during a conference of Expedition Leaders who work with ship-based tourism in Svalbard and other polar regions in Longyearbyen, October 07 and 08. The result is a letter to the Norwegian administration that addresses weaknesses of the current proposal and points out alternatives. 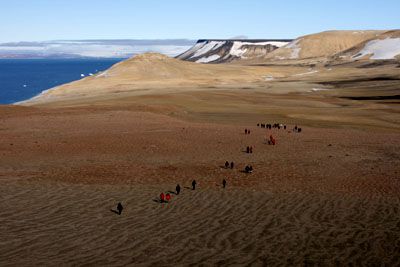 “Clean up Svalbard”: tourists collecting garbage, partly dangerous to wildlife, from a remote beach in northeastern Svalbard. This will then also be history. 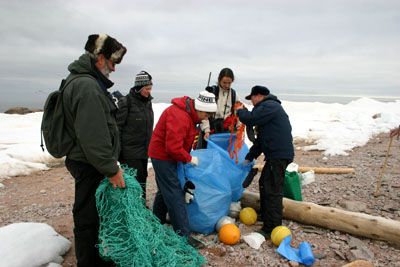