On June 30, MV Polar Star ran aground on a rock north of Hornsund (south of Dunøyane). The surprising aspect is the fact that the shallow is actually marked on the most recent sea charts, but as it turned out, older versions were used on board, which do not include the rock. There were no injuries or losses and damage to the hull was not significant. The governor’s vessel and the coast guard were soon in the area to evaluate the situation and assist, if necessary. The 67 passengers of MV Polar Star were soon transferred to MV Fram, another cruise ship that was in the area. MV Polar Star could continue its regular service already July 03.

MV Polar Star has been used as cruise ship in Spitsbergen waters for a number of years and has frequently visited the area in question before.

Dunøyane north of Hornsund, where MV Polar Star ran aground on June 30. The coast of the main island in the background. 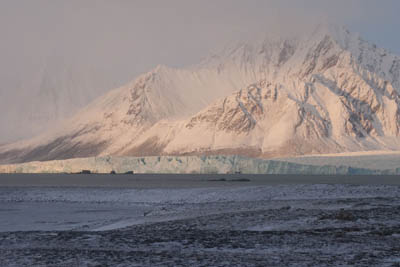