The installations of EISCAT (European Incoherent Scatter) near mine 7 will be enlarged with a third antenna, which will be the biggest one. The project is mainly financed from China, that is interested in the data because of planned space operations. The additional antenna may be operative in 2013.

EISCAT-antenna 2008: one out of four similar installations in Scandinavia. The system is run by 7 nations. 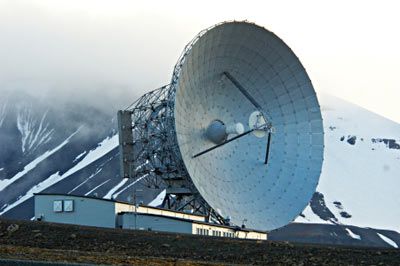