In autumn last year the police caught 11 young people in Longyearbyen with drugs. 10 of them have by now been sentenced to fines or prison up to 60 days (partly suspended). Next to owning and selling amounts of up to 100 g of cannabis, one person was also charged for breaching laws regulating firearms because of improper storage. Two persons were expelled from Spitsbergen for up to 4 years. The local newspaper Svalbardposten found out last year (after the drug razzia) in an internet poll that 911 out of 1060 readers are in favor of expelling drug users and dealers from Spitsbergen.

The criminality level is comparatively minor and mainly directed at covering own demands, but has to be seen in the context of a small, isolated town with many young inhabitants. The cannabis was smuggled from Norway to Longyearbyen by mail.

In Longyearbyen, grass is not only growing on the tundra. 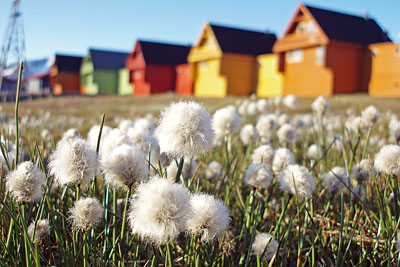