PCB-concentrations in polar bears on the decrease

Hard to believe, but there are good news for polar bears: biologists from the university of Trondheim (Norway) have done research on tissue samples collected from female polar bears. Their results show that polychlorated biphenyls (PCB) have dropped significantly between 1998 and 2008. The values for young bears are 59 % lower and those of adult females have decreased by 55 %. The actual concentrations are still well capable of doing harm to a bear’s reproductive and immune system, but the trend is without doubt good news.

PCBs have been used worldwide for multiple technical processes, including cooling agents and electric parts. Since 2004, there is a ban on PCB production within the Stockholm convention system that has been signed by most major countries, with a few exceptions, noticeably the USA. 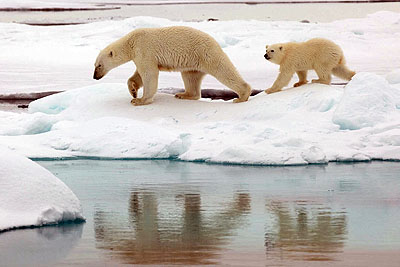