Starting in 2013, Rolf Stange and the “Geographische Reisegesellschaft” will be offering trips not only in Spitsbergen, but also in East Greenland. We will spend some days in Ammassalik and then board the Icelandic schooner Hildur to explore Scoresbysund, the world’s largest fjord system, for a week.

The trip will be German speaking. Click here for more info: East Greenland 2013. 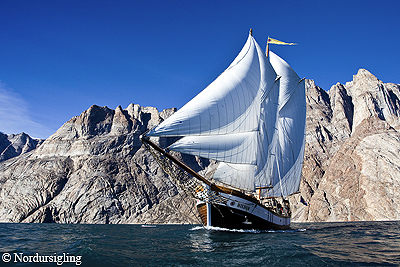 The oil and gas industry will focus research activities on on-shore areas of Spitsbergen. Even though oil and gas production is unlikely on the islands not only for fragile legal reasons, but also due to more solid geological circumstances: here it is easy to study what is hidden under the sea floor further south in the Barents Sea. The so-called Barents Shelf is believed to have significant potential for hydrocarbon production.

Mainly of interest are Triassic and Jurassic sediments that are rich in organic material and widely spread in central and southeastern parts of Svalbard. Equivalents of these rocks near the Norwegian coast have already turned out to be productive. Several oil companies have already announced their interest to conduct geological excursions to these parts of Svalbard.

Triassic rocks in Sassendalen. These rocks are interesting for the oil and gas industry. 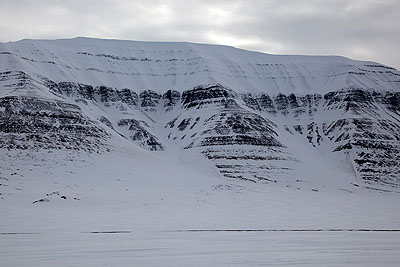