In September, a Norwegian coastguard ship brought a German trawler up near Hopen. The fishing ship had too much haddock in its cargo. The fishing company got a fine of 55000 NOK (ca. 7500 Euro), but did not accept the fine.

The point is not the economically irrelevant fine, but the principal question of the fishery zone around Spitsbergen: is the Spitsbergen Treaty valid in the 200 mile zone, which otherwise gives exclusive economical rights to the sovereign state? The Norwegian answer is a clear no: according to Norwegian authorities, the Treaty, which gives all signatory countries and their citizens equal rights of access and economic use of natural resources, is valid only within the 12 mile zone. According to this viewpoint, Norway has exclusive rights within the 200 mile zone, outside the 12 mile zone. Most countries do, however, agree, that the Spitsbergen Treaty, which is still valid, does not give Norway exclusive rights to any maritime area. The clear purpose of the Treaty, signed in 1920, was to give all signatories equal access under Norwegian administration. The German ship owner, “Deutsche Fischereiunion”, is now prepared to take this question of principal importance to Norwegian courts.

Russian trawler off Hornsund. Its presence is based on the Spitsbergen Treaty. 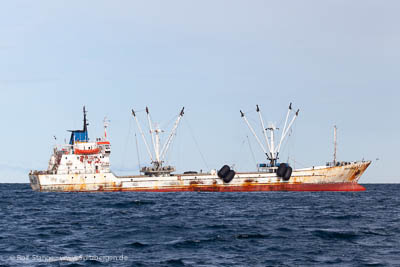