Greenland had banned uranium mining politically in 1988. The fear of environmental damage and awareness that an intact environment were the base of the Greenland community were too large.

Potential uranium mining played a major role in the elections for the parliament in Nuuk of March 12, 2013. The new prime minister Aleqa Hammond supports mining. Calls for a wide public debate or a referendum were not heard. After a 5-hour-debate, the parliament of Greenland lifted the ban on October 24. From this day onwards, uranium mining in Greenland is not only a theoretical option, but a future prospect. For example, the Australian-based company Greenland Minerals and Energy Ltd. will have opened some bottle of champagne after the parliament decision. They are sitting on the Kvanefjeld-claim in southwest Greenland, which is believed to be amongst the top 10 sites for rare earths in the world. It also includes uranium, which had accordingly been a political obstacle also for mining rare earths.

Prime minister Hammond was quoted saying “We can’t stand by as unemployment rises and the cost of living goes up, while our economy remains stagnant. We need to overturn the ban now”. Critics claim that there is a real risk of the benefits going to foreign mining companies who might also import cheap labour from Asian countries rather than creating jobs for Greenlanders while leaving Greenlanders mainly with big-scale environmental damage to deal with on the long term.

There has already been mining at a number of sites in Greenland, such as the marble/lead/zinc mine of Maarmoorilik near Uumanaaq, west Greenland. The future will also see uranium mining in Greenland. 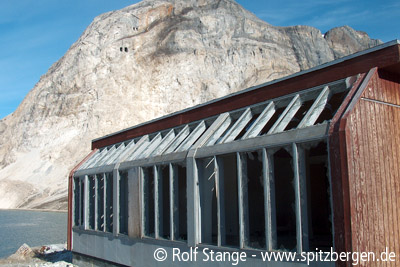