Fine after series of mining accidents in Barentsburg

After three serious accidents in the Russian coal mines in Barentsburg within just a few months, the Norwegian authorities have reacted by giving the mining company Trust Arcticugol a fine of 1.3 million Norwegian Kroner (ca. 154,000 Euro) on the basis of the Norwegian labour protection law (arbeidsmiljøloven).

Two out of the three accidents led to loss of human life: A Ukrainian worker died on April 04 after he had been hit by falling stones in a mine 500 m below sea level. On June 20, another Ukrainian was hit by a stonefall in a ventilation shaft at depths of 300 meters. The third accident happened on September 10, when a third Ukrainian miner got his legs jammed in the production area of the mine. He lost one of his legs.

Dangerous terrain: mine entrance in Barentsburg. 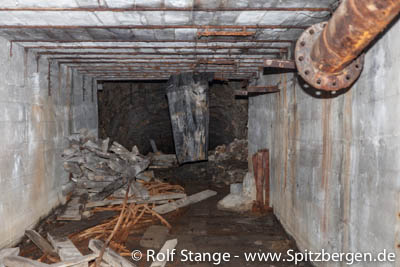