The exact position of the border between Russia and Norway in the Barents Sea has been determined in a treaty between the two countries as late as in 2010. Norway has recently opened a new area, as large as Switzerland, for exploration. On Tuesday, no less than 17 international companies have announced that they want to engage in exploration in the new area in 2014. These are BP, Chevron, ConocoPhillips , Eni, Royal Dutch Shell, Lukoil, Idemitsu, Repsol, Det norske, Wintershall, Suncor, VNG, PGNiG , Spike, Statoil, GDF Suez and Lundin Petroleum.

The U.S. Geological Survey estimates the potential near 90 million barrel. Exploration is scheduled to start in April 2014. The Norwegian oil ministry has already carried out some first exploration work.

It is safe to assume that environmental aspects will not keep the Norwegian authorities from giving out licenses for exploration, which includes seismic surveys with explosives, and for exploitation. (side note: it is easier to close some more areas for tourists and then pretend you have done something for the environment there).

Drift ice in the Barents Sea. 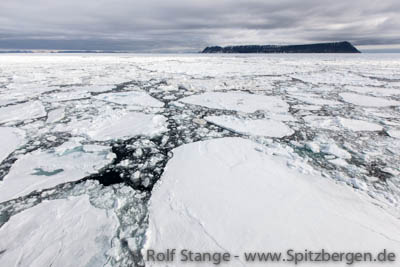