The arctic drift ice cover usually reaches its maximum distribution in mid March. In 2014, however, the February extent was far behind the normal values. The average was 14.4 million square kilometres or 910,000 million square kilometres less than the long-term average. This puts February 2014 on the fourth place in the negativenstatistics since 1979, the beginning of systematic observations.

In February 2014, the temperatures in large parts of the Arctic were 4 to 8 degrees above the long-term average.

Arctic drift ice: the extent in February was extremely low. 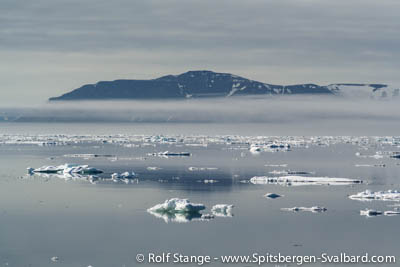