Kjerstin Askholt will be the new Sysselmannen på Svalbard from 01 October. The Sysselmannen is the highest representative of the Norwegian government in Svalbard and is appointed (not elected) for 3 years. This time, there were 7 applicants, as usual mostly high-ranking police officers or the juridical administration.

Kjerstin Askholt has been involved with the administration of the Norwegian polar areas within the Ministry of Justice since 2003 and is accordingly experienced in relevant matters. She has announced to emphasize general continuity and a continuously good relationship with the Russian neighbours in Barentsburg. There are challenges in both, as the difficult situation of the coal industry, growing tourism and the relationship with the Russians is usually good in Spitsbergen but internationally currently obviously difficult, which may reflect on the local dialogue as well.

Kjerstin Askholt will be the second woman in the position of the Sysselmannen. The first one was Ann-Kristin Olsen, who was the boss on Skjæringa from 1995 to 1998. Skjæringa is the part of Longyearbyen where the Sysselmannen’s office is located and a commonly used local term. 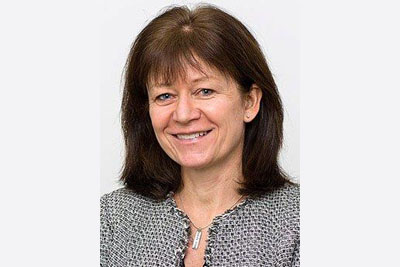