The water was calm as a mirror, the wind somewhere else on the planet, but not here. A good opportunity to visit exposed places, which are usually hard to reach and well off the trodden path. Such as the west coast of Spitsbergen just north of the Isfjord entrance. 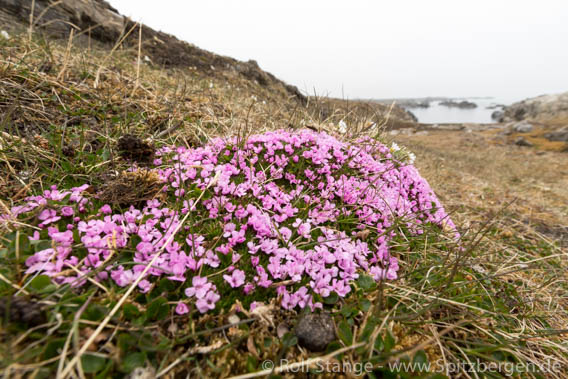 The fog was covering huge areas and we had to search for suitable conditions. The first bay wasn’t any good, all we found was an uncharted rock next to the anchor position (we found it by Zodiac, no problems). But around the corner, there was a lovely little bay, narrow and deeply cutting into the otherwise very rocky coastline. And behind it, there was a wide coastal plain with tundra and some rocky hills and quiet hidden lakes. 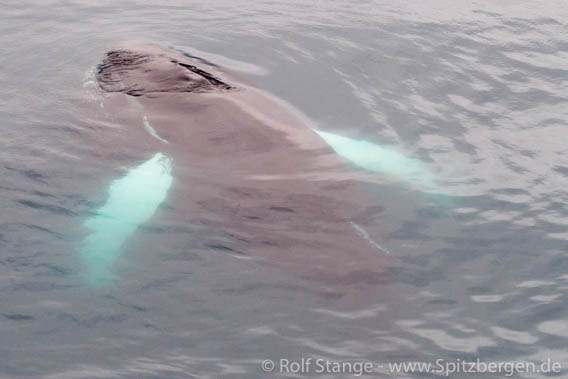 Later, we tried to escape from the fog by going south and then out to open sea, as the coast was completely hidden in a grey cover. So we had time to have a look at the continental shelf area, where the depth contours on the chart indicate waters 500 metres deep and more. And quite right, soon backs of White-beaked dolphins, Fin and Humpback whales were breaking through the calm water surface. It turned out to be an unforgettable evening with Humpback whales feeding near the ship.