Home → * News and Stories → Head of northpole expedition “Arktika 2.0” must go to court

Head of northpole expedition “Arktika 2.0” must go to court

A french skipper, who is accused of having violated several of the strict requirements for the protection of the environment on Svalbard, is to pay a fine of 25,000 crowns (€ 2750). The two French adventurers Gilles and Alexia Elkaim were actually on the way to the North Pole in September and October this year, but had to reverse due to bad weather conditions.

The fact that they sought protection from a storm in one of the most severely protected areas of Svalbard with their sailor “Arktika” could now be their doom. The 56-year-old skipper does not want to pay the penalty. The case will then be heard before the District Court (Tingrett) Nord-Troms on February 23rd and 24th.

The adventurers are accused of having anchored in the area around Kong Karls Land in the east of Svalbard within the protection zone for three days, and having entered the island of Svenskøya with their seven huskies. Svenskøya is subject to rigorous rules of protection: it is forbidden to approach the island more than 500 meters, and entering is forbidden all year round. The skipper is also supposed to have illegally imported his dogs to Svalbard and to not have approved permission for his expedition. In large parts of Svalbard, there is a requirement for individual tourists.

Polar bear in the Duvefjorden, where the French expedition anchored. The Duvefjord is located in the Nordaust-Svalbard Nature Reserve and is also protected as a scientific reference area. 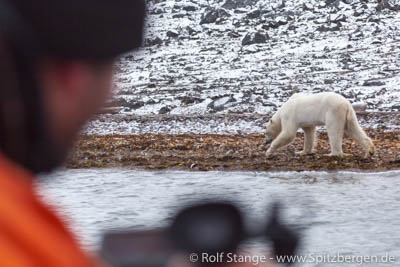 Often such disputes are a question of the point of view. Gilles Elkaim describes the case on 23rd November from his perspective on his Facebook page: he asked the Sysselmannen for authorization to overwinter on October 8th, but did not receive a response for days. Elkaim claims also to have requested for permission to import the dogs already in July – without reaction. The “Arktika” had considerable problems with the engine and a water pump at the beginning of October and could therefore not continue. He wanted to get the ship safe from an emergency. To get the boat out of the protected area, the Sysselmanns decided to tow the “Arktika” and the crew to Longyearbyen on October 13th. An action with consequences. The expedition has been terminated.

In the Duvefjorden and on the Svenskøya anchored the Arctic before being towed to Longyearbyen​. 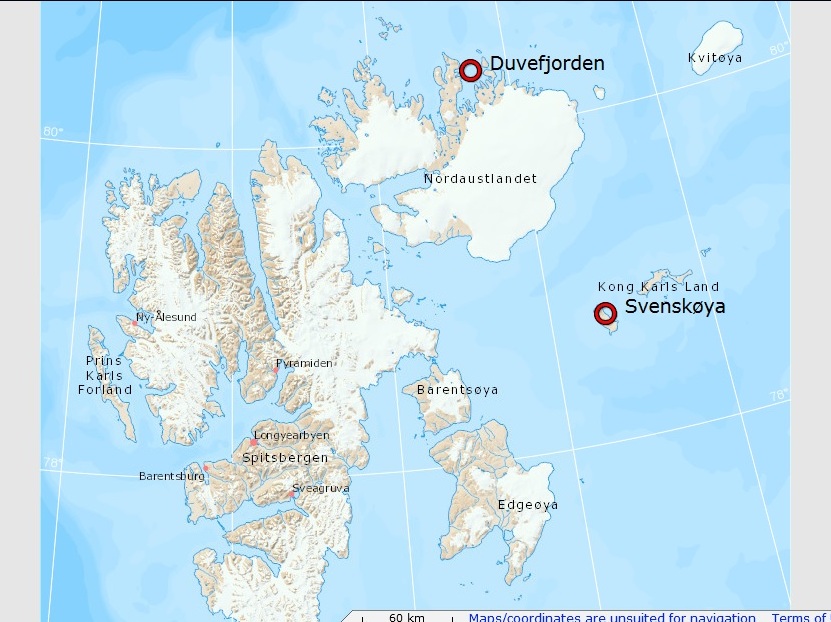