The passage from Bear Island to Hornsund was fast and good. The timing could not have been better: shortly before we entered Hornsund, the wind turned to the north and picked up to gale force. This would not have been great at all at open sea, but as it was, it did not matter much and some hours later we were firmly anchored in a sheltered bay deeply inside Hornsund. Nothing was to be seen of the landscape as everything was hidden behind dense snow showers. We have obviously arrived in the high arctic! 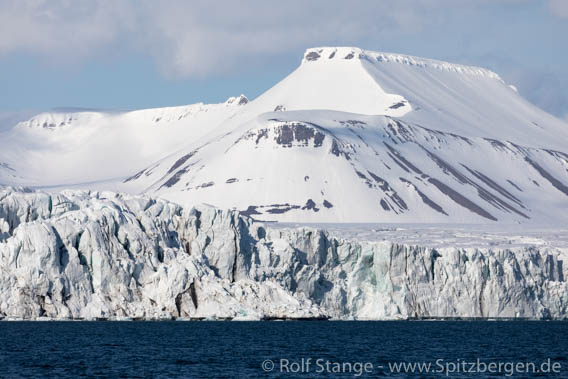 Today, however, it cleared up and we even got some blue sky and bright sunshine. Lovely! It was good to get some solid ground under our boots again, so we hiked across an island and enjoyed great views of the scenery. Later we went out for a stunning zodiac cruise between many small icebergs which were shining in the sun, and finally to a mighty glacier front in Brepollen in innermost Hornsund. Our first day in Spitsbergen, and Hornsund has shown us some of his best sides! 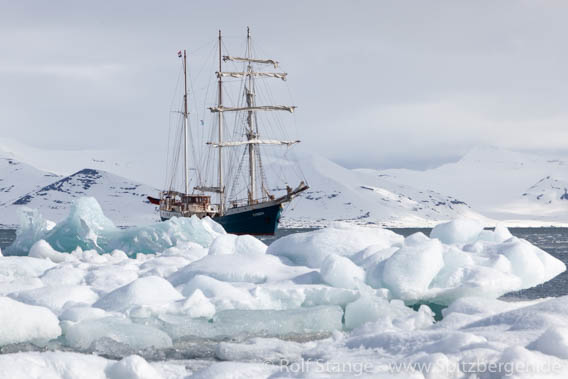 Antigua well sheltered in the bay of Brepollen, Hornsund 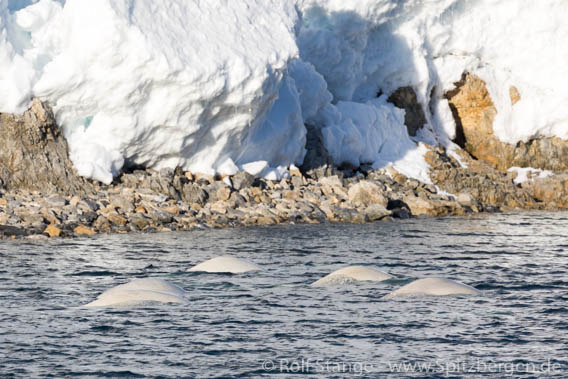