It took a bit longer than expected to leave in the morning because the day began just as yesterday finished: with a family of polar bears. Possibly the same ones that we saw last night, but 2 families are supposed in the area, so we don’t know for sure, they may be different ones. Today’s polar bears were interested in a depot of garbage and fuel which supposedly belongs to the Sysselmannen. They went their way after a while. 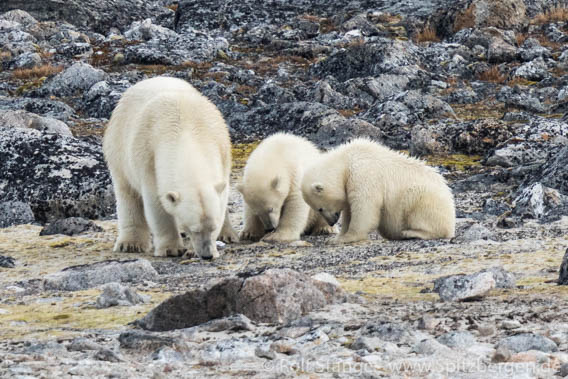 We did the same and continued towards Raudfjord, which turned out to be so foggy that we left again soon and set course to the east. The visibility cleared up as we entered Woodfjorden, so we went to one of the small islands for a lovely tundra walk. Nature has so much to offer, often on a small scale. If you just want big animals and spectacular, big scenery, then you may not find much here, but if you have a sense for all the small things, the structures, the colours, the lichens and the rocks, the birds and the tundra, then you can spend a lot of time here. 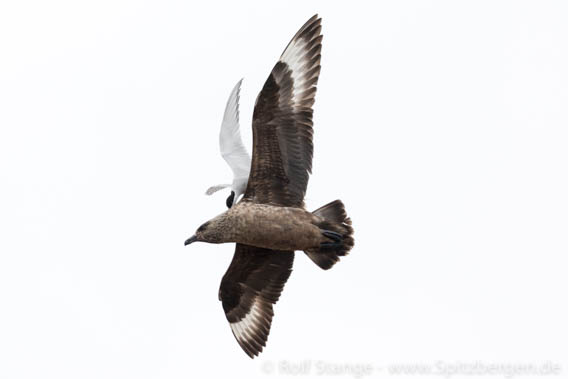 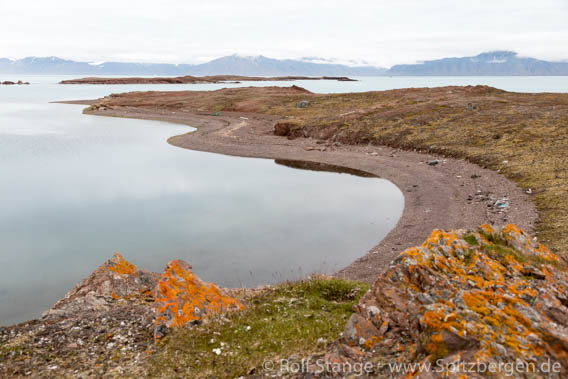