We anchored in Isbukta to get at least a few hours of sleep before it would be time to round Sørkapp (the south cape, Spitsbergen’s little version of Cape Hoorn). As the sun was shining and conditions were ideal in the morning, of course we took the opportunity to to out for a hike. A dead Beluga washed up on shore made us a bit suspicious – who knew what might be sleeping behind a hill, considering to defend this titbit in forward gear if necessary? But as it turned out on careful inspection, there had not yet been anything with big teeth working on the carcass, which had obviously been there for a while already. A carefull check of the area including aerial reconnaissance indicated that the area was safe at the time being. You can never be 100 % certain, but we could certainly venture out with good conscience. Isbukta is stunningly beautiful with its large glaciers and many rugged mountains, like a smaller version of Hornsund. And that under a blue, sunny sky from an elevated position! 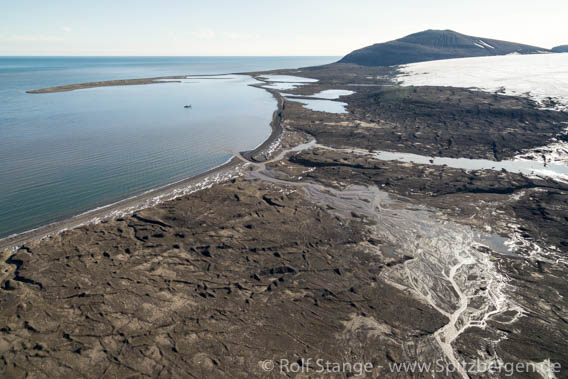 It was actually quite windy up there, so we were a bit curious what rounding Sørkapp would bring. The forecast was not bad at all, and we are at our southernmost position now at the time of writing, getting up to the west coast of Spitsbergen soon. So far it is really quite ok. 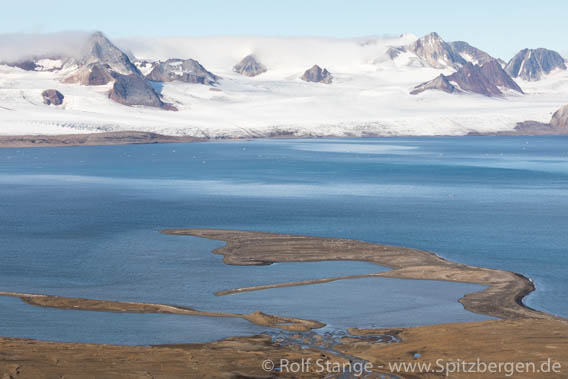