Ban on motorised traffic on fjord ice under discussion

The solid ice in Spitsbergen’s fjord is an important habitat for wildlife as well as a popular destination for both locals and tourists – if it is solid enough. This has not always been the case anymore in recent years. Climate change is happening.

This is where Ringed seals give birth to their pups and Polar bears go hunting.

In earlier times, humans went hunting on fjord ice, today they enjoy the stunning scenery and the wildlife that may be present. In the past – many, many years ago – there was a handful of trappers, explorers and a few locals who went out for a trip on the ice in the remote, lonesome fjords. Because of some duty or to enjoy a beautiful day in the arctic. 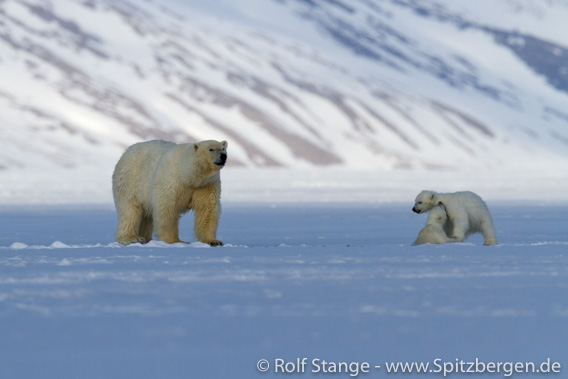 Today, some of the fjords are not so remote and lonesome anymore. Tourists have discovered the Arctic as a fascinating destination decades ago, and snow mobiles make it much easier to cover greater distances. The fjord ice in Tempelfjord and on the east coast of Spitsbergen has been a very popular area to visit for both locals and tourists, mostly coming with organised groups, for many years.

This might change radically in the future. Already in 2018 the fjord ice in Tempelfjord, Billefjord and Rindersbukta (near Sveagruva) was closed in April until the end of season on a rather short notice for motorised traffic. The same measure is now discussed well in advanced. Nobody knows currently if the fjord ice will be solid enough in a few weeks from now when the season really starts.

In contrast to last year’s traffic ban, which was imposed on a relatively short notice, a public hearing is now initiated by the Sysselmannen. The idea is to give those who are concerned a chance to have their word and to make sure everybody is aware of the development. The latter may actually be the more important factor: the Sysselmannen has already made it clear that traffic bans can be imposed, if required for any reason, at any time without any changes of the legal framework. 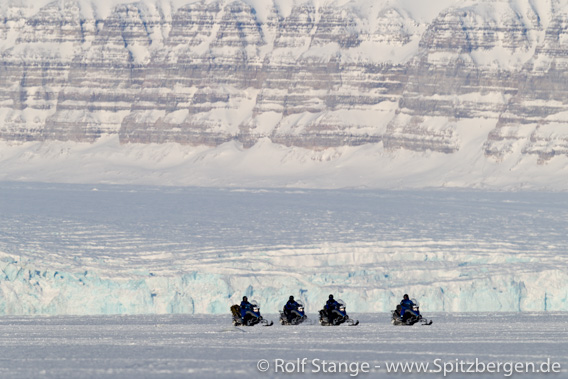 Popular destination for both locals and tourists: Fjord ice.

A lively debate about this measure is now to be expected. Such a measure would indeed be experienced as drastic by those who have been active in tourism and by many locals. On the other hand, there have been occasions where wildlife was disturbed by motorised traffic, and arctic tourism is a natural target for international environmentalists.

Some require more far-reaching rights for locals than for tourists, a principle that is already used in existing regulations for snow mobile traffic out in the field in Spitsbergen. If this will apply in any future changes of legislation is currently unclear.

Under discussion are the seasonal fjord ice areas in Tempelfjord, Billefjord, Rindersbukta and on the east coast between Mohnbukta and Negribreen. Crossings of the fjord ice in these areas may, at least partly, still be permitted on the shortest possible way in order to enable groups to follow frequently used routes. This concerns mainly the traditional route between Longyearbyen and Pyramiden. But driving elsewhere on the fjord ice would not be possible anymore.

There is, so far, only mention of a ban on motorised traffic (snow mobiles). Skiing and dog sledging are not concerned.