Spitsbergen was under full control of the polar night just a few weeks ago, but now the light is returning with full force. The sun is getting higher up on the sky every day, and around mid-day, the mighty Hiorthfjellet is already fully exposed to the sun.

The return of the sun is celebrated for one week in Longyearbyen with the traditional “Solfestuke” (sun festival week) with a range of events. The first one was a firework on the night sky 🙂 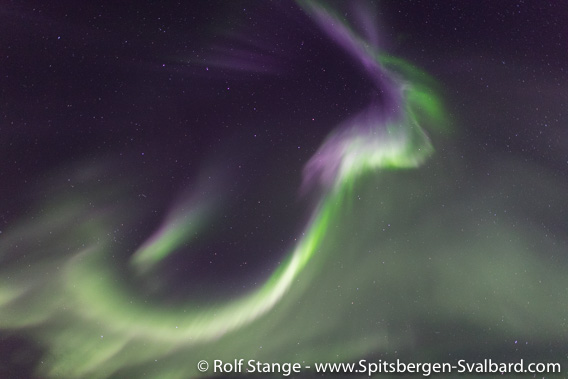 The sun, herself obviously not visible, had clearly in pretty good mood, letting off steam towards us out here in space. The whole spectacle lasted for a while, so we could change posotion and perspective. 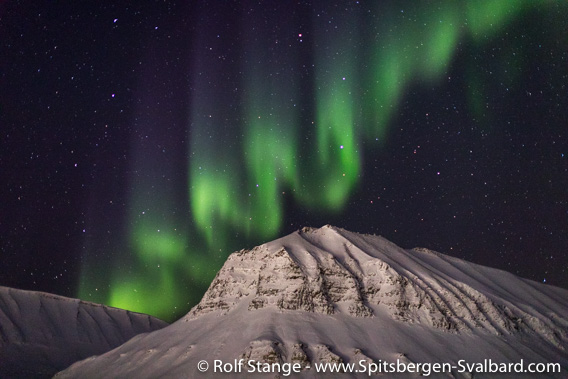 The “Spitsbergenrevye” is the traditional opener of the Solfestuke. The revye brings events and people on the scene of old Huset in Longyearbyen which have moved people here in one or another way in the year that has passed. Satire, humour and music are definitely part of the event. Good fun, especially if you understand Norwegian with a northern colouration and you have done your homework and followed Svalbardposten (or this blog!). 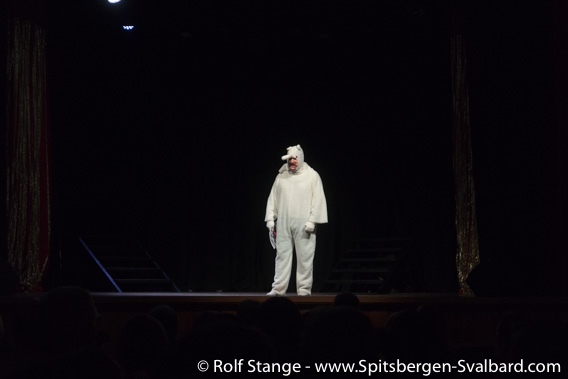 Another traditional part of the Sun festival week is a church service – outdoors at Telelinken on the slope of Hiorthfjellet, where you see the sun earlier than in Longyearbyen. Weather permitting, that is. And it was clear and sunny! But cold … below -20 degrees centigrade, and windy. Cold. 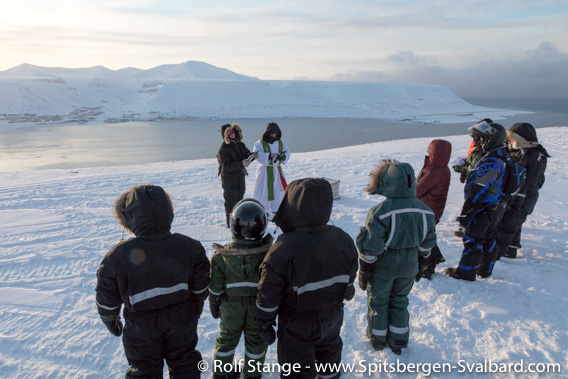 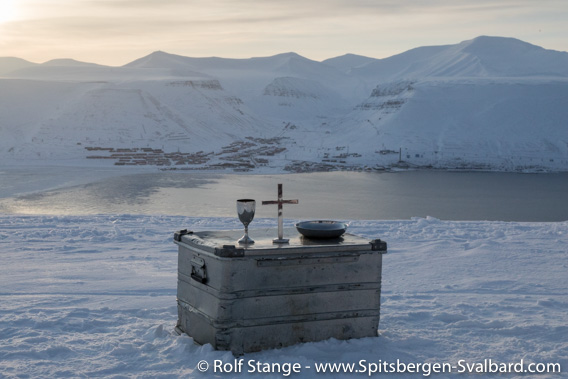 In Longyearbyen, the sun will shine “officially” again on 08 March. Practically, it is actually a bit earlier as you can see on the next photo. 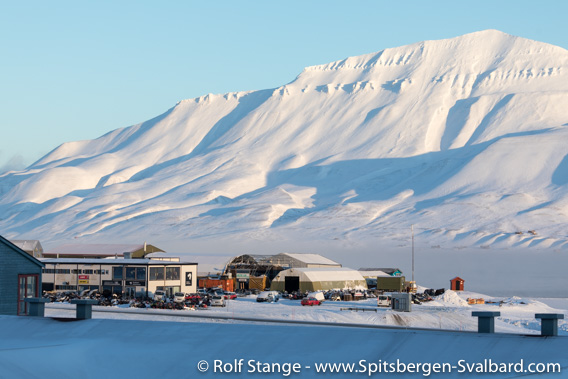 Svalbard Snøskuterutleie in the sun – on 05 March.

The sun was shining on Svalbard Snøskuterutleie, lowermost in Longyearbyen near Adventfjord and Adventdalen, on Tuesday, 05 March!

Nevertheless, 08 March is the correct date for historical/traditional reasons (unless it is a leap year). The lowermost part of Longyearbyen, where the sun is shining a few days earlier, did not exist back then. As soon as the sun is seen from in Skjæringa, the oldest part of Longyearbyen where amongst others Svalbard Kirke (the church) is located, it is time to celebrate – that will be on Friday!