The shrimp trawler Northguider, which ran aground close to Sparreneset on Nordaustland, south of Murchisonfjord, is still sitting on the rocks. The wreck is supposed to be removed.

This operation has now begun: several special ships are now on location to get the Northguider off the rocks and away. The sea area around the wreck has been closed for other traffic within one mile from the nearby shore to make sure the crews will not be disturbed during their work. 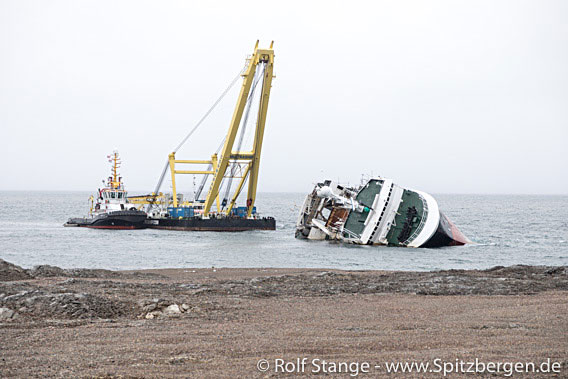 The crew of the Northguider could be saved after the grounding after several dramatic hours thanks to luck and the skill of the Norwegian SAR forces who came with two helicopters. Fingers crossed that the salvaging operations will be equally successful!