Unemployment has reached levels unheard of in Longyearbyen before during the Corona crisis and it remains high: currently, 344 persons have registered as unemployed (completely or partly) with NAV (Arbeids- og velferdsforvaltningen, the Norwegian authority for unemployment and social security office), according to Svalbardposten. 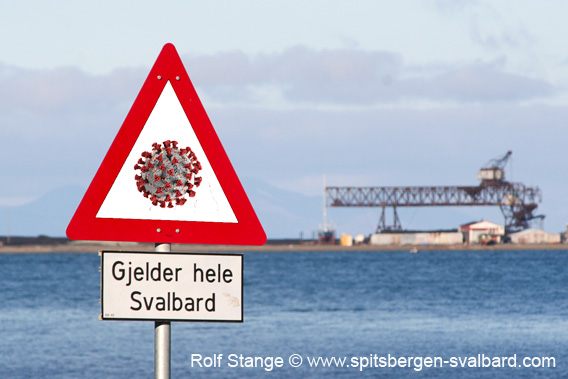 Much more dangerous than polar bears: the Corona-virus.
kills people and jobs all over the world (photo composition).

That is only 6 less than during the previous week, in spite of preprarations and bookings having started for the first tourists from mainland Norway who are expected to return to Spitsbergen from 01 June.

The high unemployment level causes great problems for many. Social welfare from Norway for citizens of countries outside EEA (European Economic Area) is limited until 20 June. After that, the only help that citizens of such countries may get is a subsidy to their travel expenses on the journey to their country of origin.

Because of the Spitsbergen Treaty, there is almost complete liberality of access, stay and work, but in exchange, there is no social security by Norway for non-Norwegian citizens.