Home → * News and Stories → Longyearbyen is shrinking. And: the bank does not always win

Longyearbyen is shrinking. And: the bank does not always win

Longyearbyen is changing during the corona crisis. The population is shrinking: 273 people have left since early March, according to official statistics. In addition comes an unknown number of people who have never registered or who did not give notice of their departure.

Many people lost their jobs when the corona crisis hit hard in spring and summer, and many can’t afford Longyearbyen’s high living expenses anymore and moved back to their countries of origin. The Spitsbergen treaty grants citizens from many countries free access, but the drawback is that Norway does not supply Svalbard’s non-Norwegian inhabitants with any social security regardless how long they have lived there. There was a one-time financial aid by the government in spring because of the corona situation, which also made it difficult for many to move away, but it was made clear that this programme would not be extended.

To many people’s surprise, the bank is also amongst the losers: the mother company, SpareBank Nordnorge, has decided to close 16 branch banks in north Norway. The company says that the reason is a changed customer behaviour as customers use the internet and do not go to the bank anymore, as Svalbardposten found out. It does not surprise that the decision is met with strong criticism in Longyearbyen. 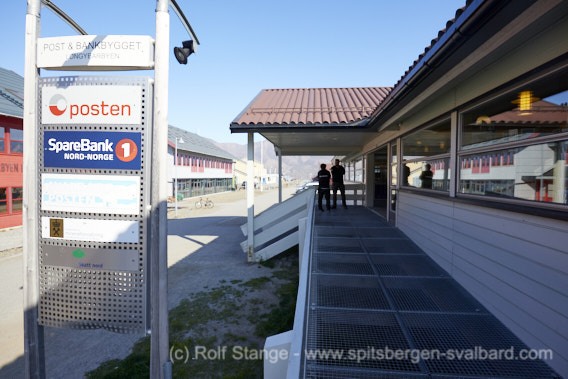 At least the post office will stay: will most post offices in Norway will be closed, the one in Longyearbyen is amongst the lucky few who will stay. In many places in Norway, postal services will only be available in shops and supermarkets in the future.