Hornsund can be nasty, and it can be friendly and beautiful. Today, it was wonderful. Silent, clear weather, calm water with mirror images of the surrounding mountains. And there are some beautiful mountains arranged at the shores of this fjord. Characterful peaks that are unique, you will always recognize them on a photo once you have seen them. Hyrnefjellet with its beautifully curved and colourful sedimentary layers. The rugged double peak of Hornsundtind. The jagged ridge of Luciakammen. Bautaen which can appear sharp as a needle.

The tour along the ridge of the Treskelen peninsula rewarded us with great panoramic views of this scenic spectacle and interesting insights into the events of Earth history that had created it. Devonian Old Red, Permocarboniferous carbonates and the dark, petrefied wadden sea from the Triassic. In this order from bottom to top, elegantly curved as a huge fold bent upwards. Our landing site was clearly marked as the fold axis by some distinct coastal rocks. Everybody had the overview at the end of the hike. And those who stayed a bit further down in the terrain, enjoyed reindeer and a family of Barnacle geese which was attacked by an Arctic skua within short range. 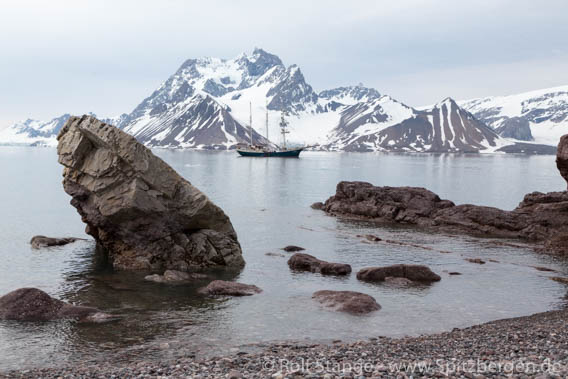 The glacier-surrounded bay Brepollen delighted us not only with its long glacier fronts, but also with the sighting of a polar bear mother with a first-year cub, which had found a warm and comfortable place on the back of its mother. 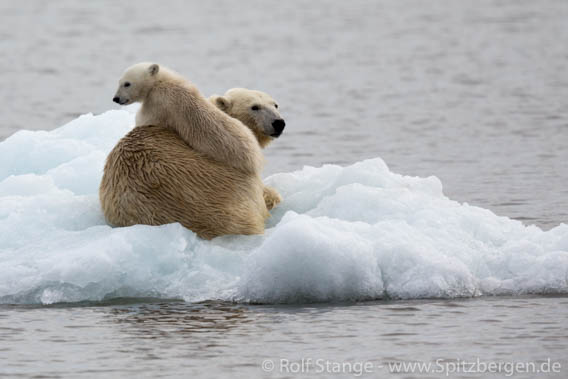 And later in Burgerbukta, there was so much glacier ice drifting in the bay that we could not resist the temptation of a late-afternoon Zodiac cruise in iceberg alley. The final highlight was the sighting of a Bearded seal on a growler (a small piece of glacier ice).