The origin of every magmatic rock is molten rock mass. For the result, the kind of rock which was molten is an important factor, as it provides the chemical material which can then be re-used. Simplified, there are ‘acidic’ magma types which are similar to granites and ‘basic’ ones which chemically resemble basalt. The terms ‘acidic’ and ‘basic’ do not have anything to do with the pH value, but with the amount of silica (SiO2): the more silica, the more ‘acidic’. Acidic lava (magma which has reached the surface) tends to be very viscous, but other factors such as temperature, content of fluids (water, CO2 and others) also play an important role.

Most magmas cool down way below the surface to form Plutonites; large rock bodies such as granite which can comprise many km3. 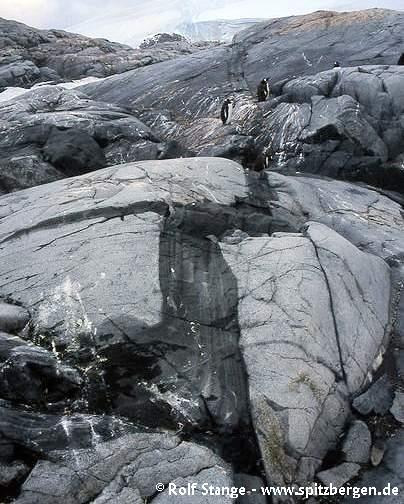 Sometimes, smaller volumes of molten rocks fill weak zones such as cracks within the pre-existent rocks, forming so-called intrusions. Basaltic intrusions are common in many areas and are visible as dark stripes. 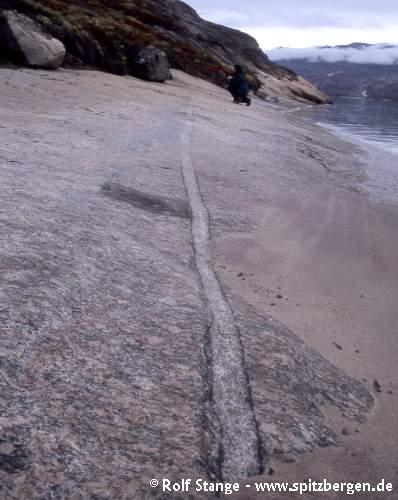 If magma comes to the surface, a volcanic eruption will be the result. There is a large number of different eruption mechanisms and an endless choice of rocks which can be formed as a result; they are collectively called volcanites or simply lava.