Arctic 2013: Starting as early as late March, travel reports, foto galleries and panoramas will be published here on a regular basis, from the light winter to the summer in Spitsbergen and finally some warm autumn days in East Greenland. A land-based stay in Longyearbyen will be followed by a number of sailing ship trips in Spitsbergen from June to August. Two trips September in Scoresbysund, East Greenland, on the Icelanding sailing boat Hildur will round the season off in a beautiful way. 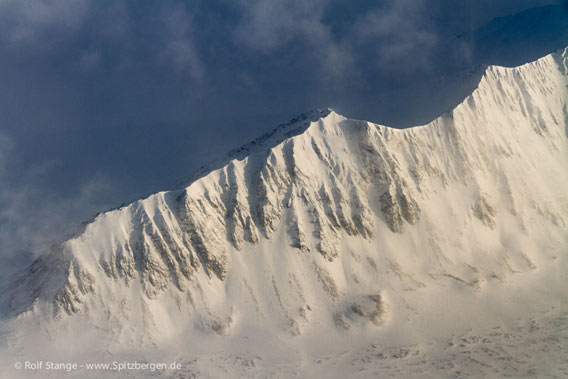 Photo from the approach on Spitsbergen