It was about time to make some miles back towards civilisation, but not without some well selected stops. Time for a long hike through a silent valley, along a large lake, there are not too many of them in Spitsbergen. An excursion to the arctic aeronauts of Virgohamna, world famous, and a hike to Kobbefjord, unknown. A stunning cruise along the “Seven Icebergs”, as the coast between Magdalenefjord and Kongsfjord has been known for centuries.

We still had enough time for a deep excursion into Krossfjord, and it was a mindblowing day, regardless if spent hiking over moraines and glaciers or cruising on board Arctica II. The traditional little party at Lloyd’s Hotel, indeed a location deserving its five stars, was not even the end of it. More glaciers and polar bears than anyone could digest.

Back to the peaceful, quiet west coast tundra in Eidembukta. A reflective walk to round a very intense trip around Spitsbergen off. But it wasn’t even the end yet … cruising Isfjord under bright sun and blue skies and even a polar bear in Adventfjord – not exactly an everyday sighting – were still to come. 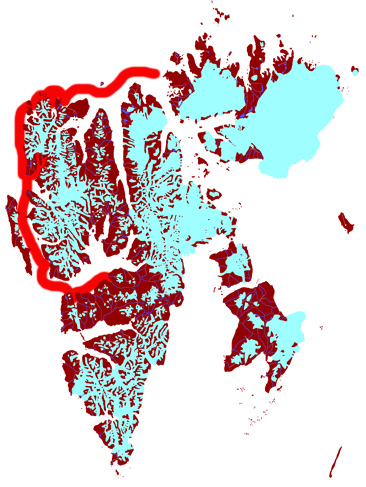