The first trip of the arctic summer 2015 was an excellent start into the season. The weather largely good or very good, wildlife observations good and sometimes spectacular, a successful, interesting landing on Bear Island, which is always a highlight of this particular voyage for me, good spirits on board – that is all you can hope for and actually more than you should exect.

Here are now photos of this trip, organized into 3 different photo galleries for a better overview, the triplog, group photo and the short version of the slideshow. And additionally, there is always Rolf’s arctic blog, which will be updated continuously throughout the season. Enjoy ☺

Similar pages will come over the following months for more arctic voyages: Jan Mayen, Spitsbergen, Greenland and, finally, early November, back to Lofoten, with a hint of the polar night and (hopefully) northern lights. So it is worth coming back to this site over the summer.

A start under sail across Vestfjord and then visits to picturesque Lofoten villages. A rainbow bridge across Raftsund directly into famous Trollfjord, fighting Sea eagles, amazing Tinden and finally Tromsø in the best north Norwegian early summer weather.

The Barents Sea, to begin with, was just grey and the wind would not let us use the sails, but we came to Bear Island quite quickly. Inspite of initial doubts because of the rather rough weather, we managed a landing in the southwestern part of the island: good impressions of the rocky cliff coast with some seabird colonies (Common and Brünich’s guillemots next to each other), views along the grandious coast further south with the rock bridge Kvalkjeften („Whale jaw“) and the rock needle Sylen („The awl“) and interesting details of a karst landscape inland, something that is quite rare in the Arctic. A foggy, but calm night at anchor, and next morning, the clouds broke up and we even got sunny views of the spectacular south coast of Bear Island. Very impressive even though it was far too rough for any landing or Zodiac cruise.

We we continued northwards, the view of a Norwegian whaling ship in action was something that is actually far too common in these waters, but rarely seen by people like us who shoot with cameras and not with guns or harpoons. It was a tough experience to witness how a Minke whale, spiked straight through the body by a harpoon, dies with great pain over several minutes. Humpback whales in the most beautiful evening sun brought the spirits up again, thankfully.

Weather luck remained with us for the whole length of time that we still had. From the ice that blocked Hornsund, but brought a large number of Harp seals, to Bellsund, where we had our first landings and this amazingly beautiful encounter with a Polar bear family. The second year cubs were incredibly curious and came straight up to Antigua, which was moored against the fast ice edge for the night.

The remaining time brought Belugas and Walrusses, tundra, Barentsburg, snow and ice in fjords and on land and finally a warm farewell in Longyearbyen. 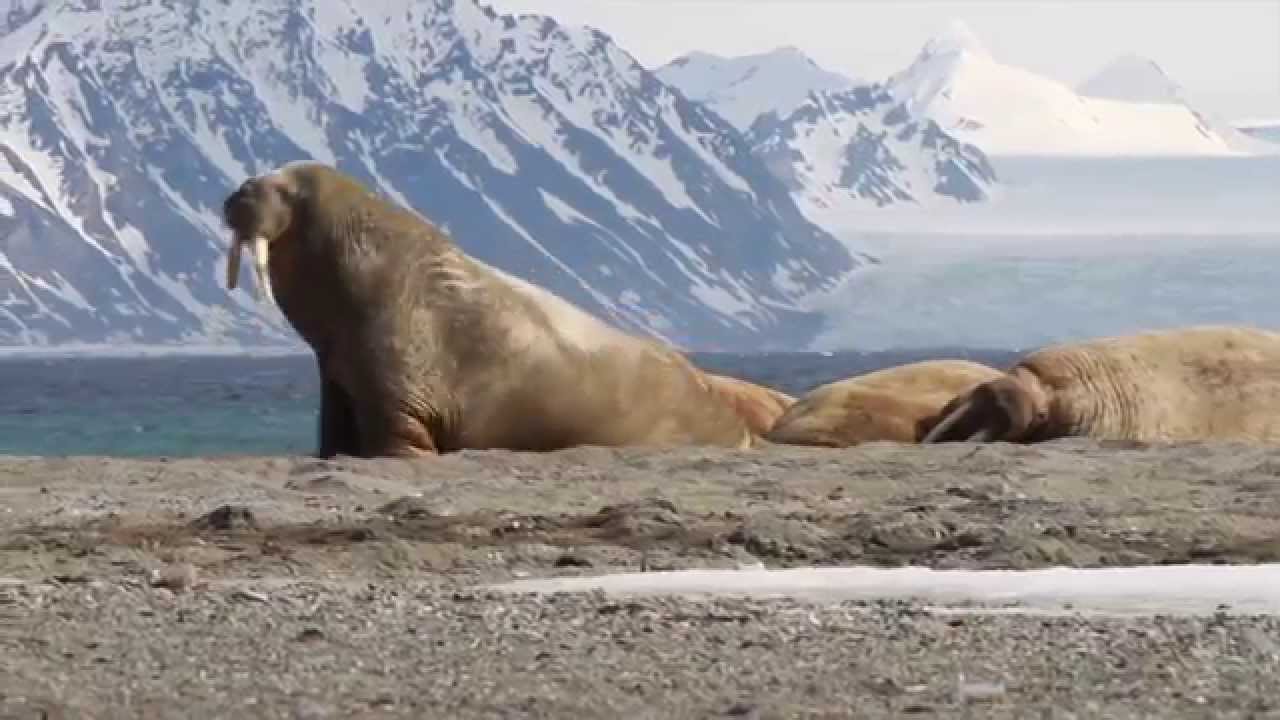