Even more dense fog, but we are – again! – at the right time at the right place, the fog is lifting, visibility comes as needed, and the sea is so calm today that we can land at places today that are usually difficult to get to, exposed as they are on the open west coast. Unless you are flying, as those German air force soldiers who landed their plane, damaged under an attack on an allied convoy, near Kapp Borthen in September 1942. Or as those countless Little auks which are sitting on the rocks north of Hornsund, creating a constant spectacle and putting a spell on every visitor lucky enough to get there. 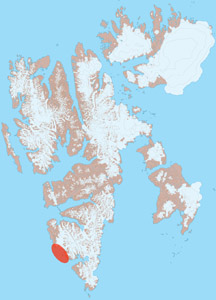