Now we were keen on getting up to Nordaustland. Next to a largely calm day and some rest that came with it, the passage up there produced yet another rare wildlife sighting, namely a very curious Minke whale. Also something you don’t necessarily see every day.

We made a little hike on Chermsideøya that had hardly been done by many people before us, but we had to realise that even there, in such a remote corner of the Arctic, there is plastic litter all over the place. Terrible! A never-ending story, this plastic-disaster.

On we went to some rather remote and hidden places on Nordaustland. Scoresbyøya was guarded by a polar bear, so we did not spend too much time there, but we could explore the German war-weatherstation of Haudegen without being disturbed. Then there was the exciting question wether or not we were able to make a really long hike on Nordaustland. Well, too low clouds. But the shorter hike that we made instead was still long enough and in any case beautiful. Yet another hidden part of the Arctic that few people have ever seen.

Then it was time to move on towards Hinlopen Strait. We explored Kinnvika and Murchisonfjorden and got stunned at the bird cliff at Alkefjellet. We made a hike across Von Otterøya and got to see the long ice cliff of Bråsvellbreen. 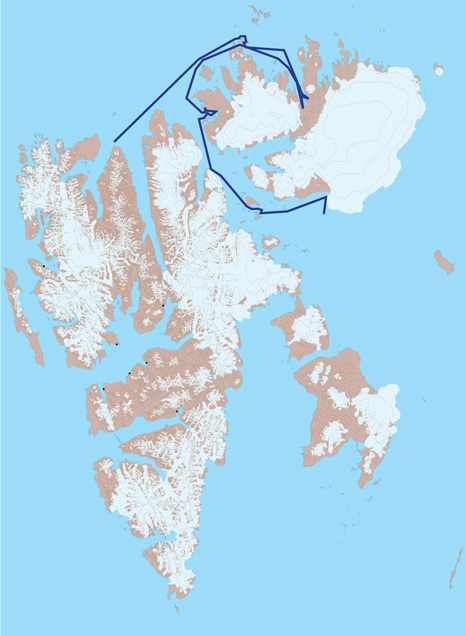