We had spent a lot of time in remote areas further east and north, so the final leg of our journey at the west coast of Spitsbergen was rather condensed. But quality is something different than quantity. We may not have made a great number of landings anymore, but there were some real gems amongst those that we did! Often it is a matter of being in the right place at the right time. This was the case here in Isfjellbukta without any doubt. The weather provided exactly what we needed – completely calm waters – and the timing was perfect, as the bird sanctuaries are legally open again to be visited from 16 August. So we went to explore Isøyane, namely Nordre Isøya, a small but stunningly beautiful island close to the large glaciers Torellbreane. Again, we could enjoy exploring some great scenery that has hardly been seen by many tourists before – we have done well with such places on this trip!

At Kapp Borthen, we had a look at the wreck of a German fighter plane from the Second World War, and then it was really time to move on and get back into Isfjord, were we rounded the voyage off with a landing at the Russian ghost settlement of Colesbukta and with some hiking near Longyearbyen. It was time to get into the harbour before the weather would turn nasty, which it was about to do … 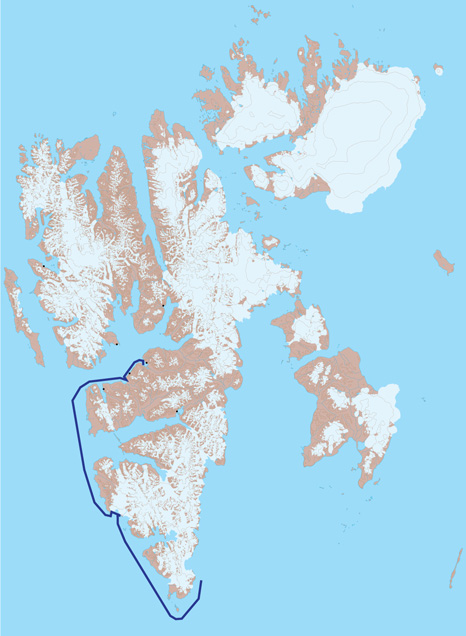