Crossing the inland of Nordenskiöld Land, following lonesome valleys, across rivers and glaciers, we went from Longyearbyen towards the east coast of Spitsbergen. For large parts, we followed the »classical« route of Sir Martin Conway’s first crossing of Spitsbergen in 1896: Adventdalen, Sassendalen, Fulmardalen, Elfenbreinbreen (Conway’s “Ivory gate”). A long trip with a lot of weight to carry: next to tent, sleeping bag and the whole lot that comes with it, we had to carry crampons for the glaciers, rifle and alarm fence in case of an ill-tempered polar bear visiting and so on. I did, however, of course not leave the camera behind, so have a look!

The route is actually much easier to follow in winter, when you don’t have soft tundra to walk on and torrential rivers to cross. Click here for some impressions from the same area at a different time of year.

Part 1: When the sun was still shining

Photos of sunny, enjoyable days in the valleys of Longyearbyen, heading east with small detours.

Part 2: When it slowly became exhausting

In the eastern Nordenskjöld country, direction east coast. Large, wild landscape with torrential rivers, deep mud holes in wide moraines, snow and colder it gets to all abundance also. From Conway’s proud “Ivory gate”, the lower Ivory Glacier, there is only a huge mud landscape left, through which a particularly common meltwater river flows. You feel like Frodo in Mordor.

Part 3: Escape from the Wild East

As soon as the east coast is out of sight, everything subjectively becomes a few degrees warmer and more inviting again, which is of course also due to the moods of the weather. But the rivers remain as wide and cold as usual. 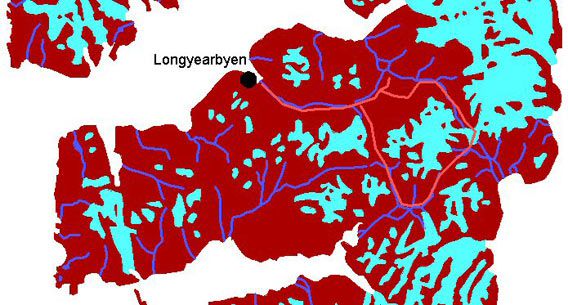