Henningsvær is on the southern tip of Austvågøya, one of the large islands in Lofoten. Or to be precise, it is on some small islets close to Austvågøya. And this makes some of the charme of the place.

Henningsvær had some of its heydays in the middle of the 19th century, when it was developed in private ownership. It got a hospital with doctor, a lighthouse and other infrastructure and became followingly an important harbour for the regional fishery. During the Second World War, some of the facilities were destroyed by the allies, which later led to punishment of the local people by the German occupying forces! Around 1950, Henningsvær saw some good years again with record catches of fish and a population numbering around 1000.

Today, there are less than 400, and fishing is still important for many. But they know how to party during long, light summer nights … 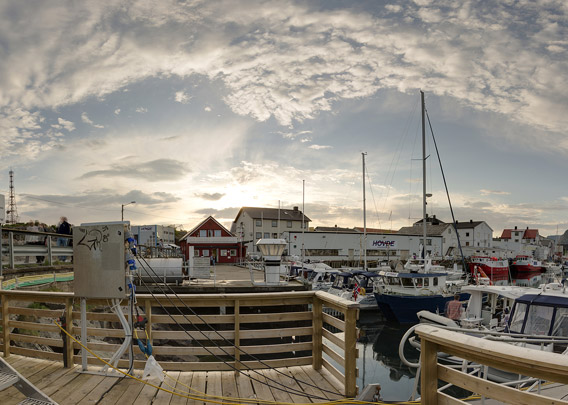