In Adriabukta, next to the peninsula Treskelen, there was a small trapper’s cabin. This was the one deepest in the fjord in the days of polar bear hunting. It was built in 1926 by several trappers including “polar bear king” Henry Rudi for occasional use during hunting trips. The main hut was in Hyttevika on the west coast north of Hornsund. The hut in Hyttevika and the one here in Adriabukta were used by some famous trappers such the female polar bear hunter Wanny Woldstad, who wintered several times in the 1930s.

The old hut is gone now. You can just see where it once stood, just in front of the more recent hut which is standing there today. Also this hut is rather small and starting to show signs of deterioration. 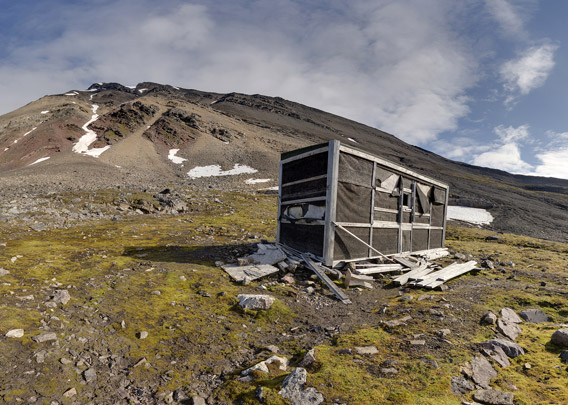 Today, this hut is mainly used by the Polish scientists from Isbjørnhamna. 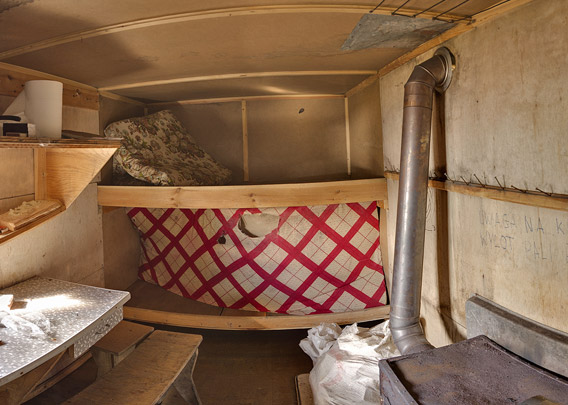