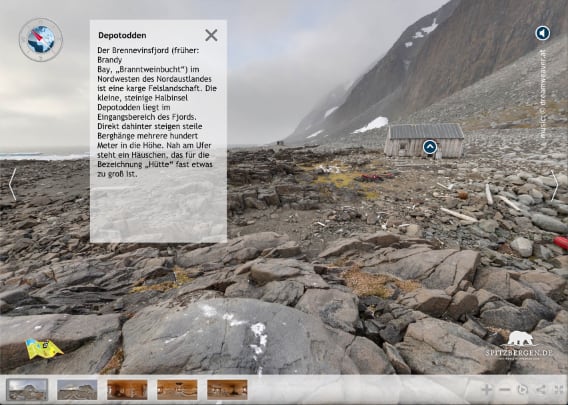 The map at the bottom left can be used to jump to any station. But you can also just let the entire tour run through automatically. The sound can be switched off via the button at the top right.

Brennevinsfjord (“Brandy Bay”) on the northwest side of Nordaustland is a very barren and rocky area. And Depotodden is a very barren and rocky little peninsula in this fjord. It is a limited area of flat land – quite rocky, just in case I haven’t mentioned it before – and cut off from the inland by steep rock cliffs. Near the shore, there is a hut that is actually almost a bit too large to be called a hut, it is rather a house, at least according to local standards. 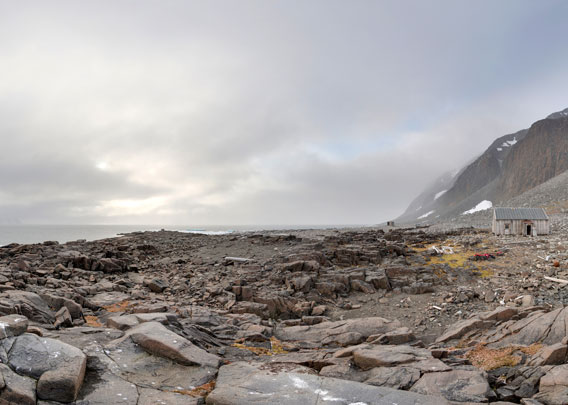 „Oxford House“ (or, in Norwegian: Oxfordhuset) was built by the Oxford expedition in 1935, which was led by Alexander Richard „Sandy“ Glen (1912-2004). Glen was only 23 years old when the expedition left for Svalbard, but he had already been in the Arctic several times. The scientific main goal was Vestfonna, Nordaustland’s second largest ice cap. Additionally, the scientists were working on radio waves and geology. 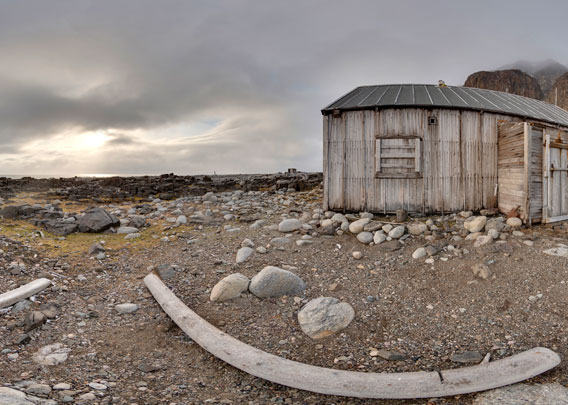 Next to Glen, there were eight other Britons and the Norwegian Karl Bengtssen. The latter one had already spent a winter as a hunter in Brennevinsfjord in 1928-29. Back then, he had built a hut that was moved deeper into the fjord in 1935. It was put up again in Goosbukta to serve as an advance base near the edge of the inland ice. The layout of the expedition was roughly following Alfred Wegener’s expedition to Greenland in 1030-31, with the idea of gathering glaciological and meteorological data over a whole year in several locations from sea level to the top of the ice cap, where an ice station was built. Alfred Wegener died during that expedition, but scientifically, it was successful.

The entrance of Oxford House, where wet, cold gear could be stored and changed without either standing in the wind or getting cold air and snow from outside into the interiour. That is generally something that most huts in Spitsbergen used to have, smaller or larger. The writing on the wall is noteworthy: “Bygningen tilhører den norske stat”, “This building belongs to the Norwegian state”. After the wintering, the expedition got transport with the Norwegian government ship Heimland in exchange for good money and Oxford House. 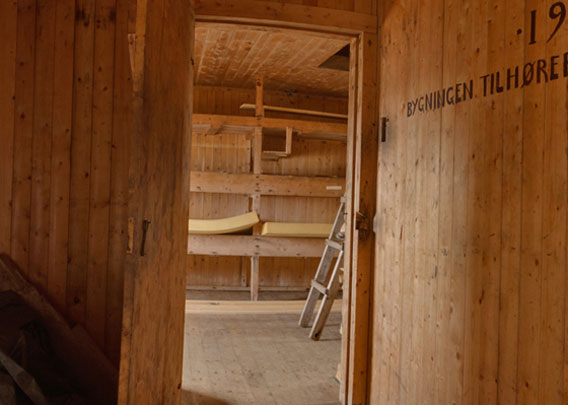 It was one of the tasks of the Heimland-expedition to establish several emergency huts in remote parts of Svalbard for shipwrecked sailers. Three huts were built for this purpose: one on Phippsøya, one on Kong Karls Land and one on Frankenhalvøya on the north side of Barentsøya. In this context, Oxford House was certainly a welcome addition and definitely a bargain for the Norwegians!

One might associate a higher degree of cosiness with a place called “bedroom” that what this room actually has to offer. During the 1935-36 wintering, however, mostly only two expedition members were at Oxford House, while the others were elsewhere in the field, in one of the secondary stations. 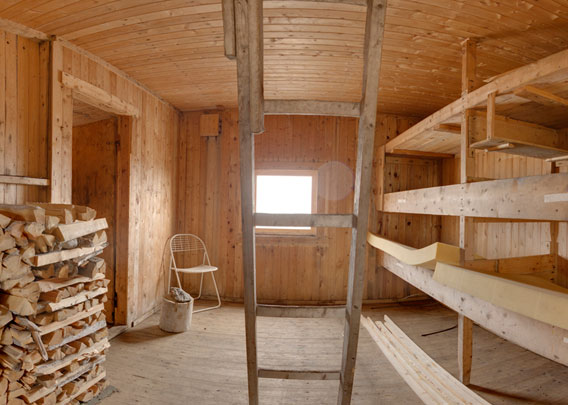 The main room, where most of the work and life took place. Glen himself described the base, Oxford House, as “like a barracks; gaunt, bare, and draughty.” Obviously, work came first and life second. But there was even electricity from a generator that was coupled to a bicycle, which, next to the power that was mainly used to run the radio, also provided physical exercise that was probably mostly very welcome, at least during the polar night. 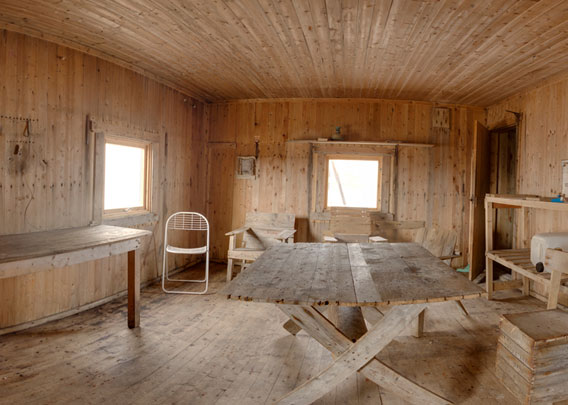