Isbukta is situated far south on the east coast of Spitsbergen, in Sørkapp Land, as the southernmost part of the main island is called. It almost seems like a smaller version of Hornsund: the landscape has some similar characteristics, with some pretty wild mountains and large glaciers. There is not much dry land and accordingly not too many opportunities for landings. The waters are uncharted and partly quite shallow, especially on the north side of Isbukta, near the little island (Morenetangen). 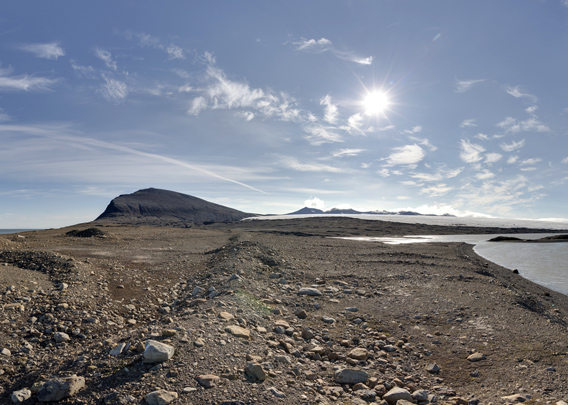 There are several half-open lagoons on the south side of Isbukta. They were created by retreating glaciers, leaving moraine ridges exposed which now form several narrow peninsula that protect the small, shallow bays from Storfjord. 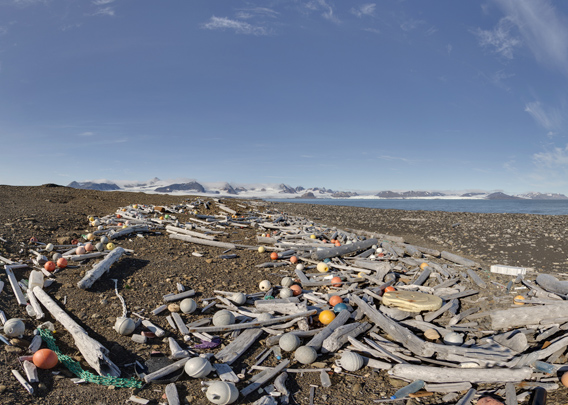 There are large amounts of driftwood on the beaches of this lagoon landscape in Isbukta – and marine plastic pollution. The issue as such is by now well known. Also in Spitsbergen, there are awful amounts of plastic waste on many beaches; especially on remote ones, where nobody is collecting it. Most of the plastic waste comes from fishing vessels in the Barents Sea. Much is obviously related to fishing, like fishing nets, ropes and net balls. If any lettering is visible, then it is often from eastern Europe including Russia. 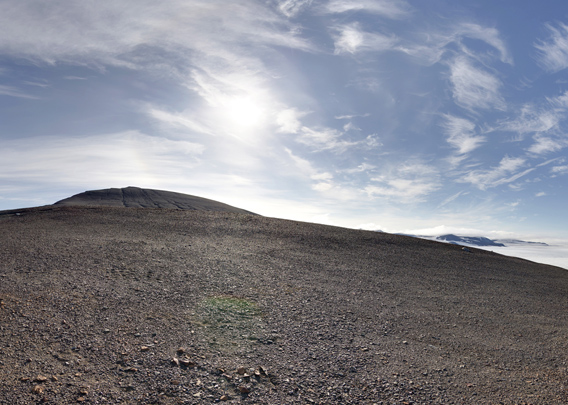 We have worked our way through the moraine landscape to Søre Randberget and hiked up a slope to an altitude somewhere near 200 metres above the sea. It does not have to be more than that for some great views of all of Isbukta including the lovely lagoon landscape. 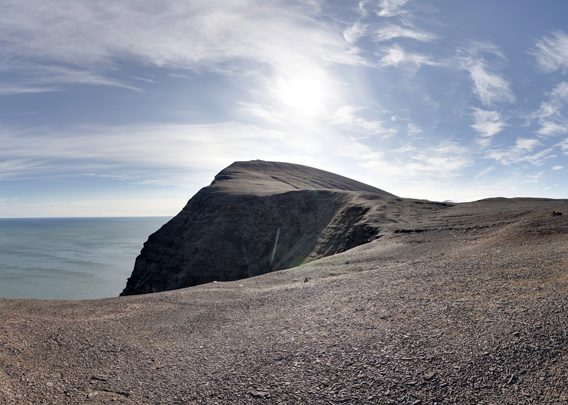 This last position is a few metres further east, so we can see a bit more of Storfjord and the wild cliff coast. It was not possible to put the tripod up any closer to the cliffs, it was pretty windy on this day!

Next to the scenery, the geology is also remarkable. The bedrock is dark, silty shale (fine-grained sediment) which belongs to a series of layers that is locally known as the Basilika-Formation. It is dating into the Paleocene (Paleogene, formally lower Tertiary), which makes the rocks about 60 million years old. You will actually find the same layers close to Longyearbyen in altitudes just above 500 metres as you hike up from Platåberget to Nordenskiöldfjellet or from Gruvefjellet to Trollsteinen!