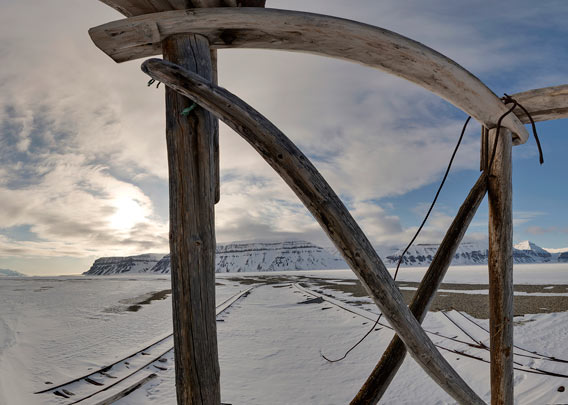 One of many attempts to mine some seemingly precious minerals in Spitsbergen during the early 20th century was made at Kapp Schoultz in Tempelfjord. Gypsym was the target of the miners, but the attempt turned out to be an economic failure. Next to some old remains, there are now some huts at Kapp Schoultz, including one made of concrete, the only one of its kind in Spitsbergen outside the settlements that I can think of. There is also a small, but very nice, mobile sauna. It is actually locked, and one can only wonder why