Kiepertøya is a small island in southern Hinlopen Strait. It is made up of three peninsulas, which are connected by low-lying land bridges; in some places, the shores on both sides are no more than 100 m away from each other or even less!

Geologically, Kiepertøya consists of dolerite, a magmatic kind of rock that resembles basalt. Weathering is attacking dolerite only slowly and the result are coarse blocks. As a consequence, the island is very rocky and walking is not exactly easy. 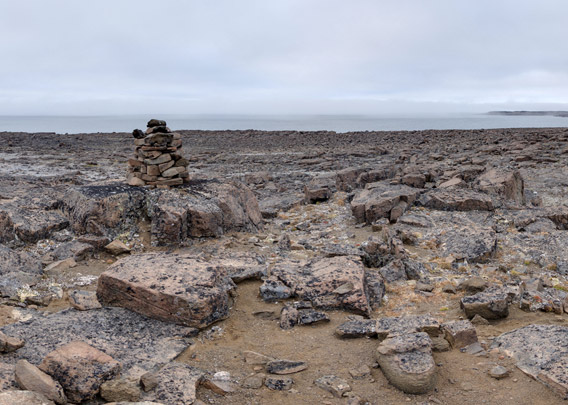 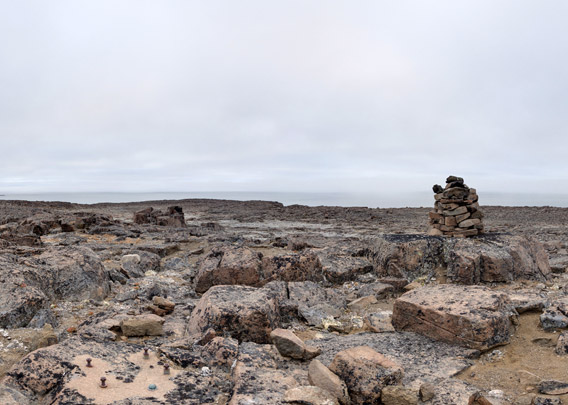 A sad bit of history adds to the gloomy atmosphere. It was on 31 August 1995 that the seaman Helmer Kristensen was killed on Kiepertøya by a polar bear. Kristensen was one of several crew members of a small, ice-strengthened expedition ship carrying passengers who went ashore for a little walk. The group was attacked by a very aggressive polar bear. The only weapon the group had was a little pistol, far from strong enough to stop a furious animal of that size even though several bullets hit the bear’s head. Kristensen was killed and another mean injured. The polar bear was later shot by the Sysselmannen (police).

A group of tourists from the same ship was also ashore on Kiepertøya at the same time. The guides of the tourist group were, in contrast to the crew, adequately armed. 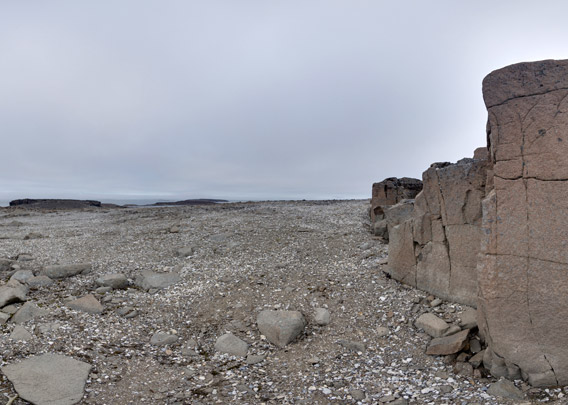 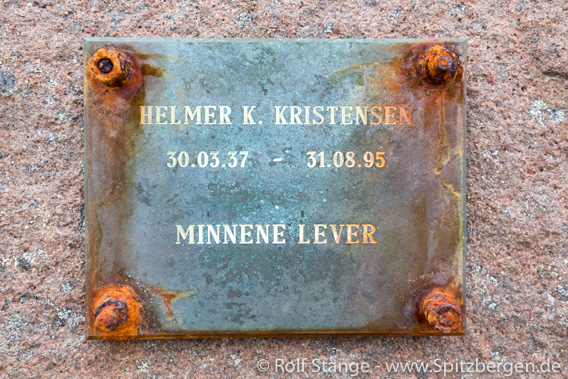 Memorial for Helmer Kristensen, who was killed by a polar bear here on Kiepertøya
on 31 August 1995.