The coal occurrences in Kongfjord were already discovered in 1610 by Jonas Poole, but they were not exploited for more than 300 years. In 1916, a Norwegian company started an attempt to mine the coal on Brøggerhalvøya, on the south side of Kongsfjord. The company was called Kings Bay Kull Kompani AS and it was based in Ålesund on the west coast of Norway. This explains the name of their newly founded settlement, Ny-Ålesund (“New Ålesund”).

Map Ny-Ålesund. The airship mast is outside of the initial view of the map.

From 1916 to 1963, Kings Bay Kull Kompani tried to establish industrial coal mining in Ny-Ålesund. But soon after the initial years, the coal prices on the world market dropped and mining in a remote place was not economical anymore. In the 1930s, other businesses were tried, such as offering harbour services to fishing vessels or opening up for tourists by opening the North Pole hotel. Neither of those attempts turned out to be profitable.

Renewed attempts for mining were made after the Second World War, but the community suffered heavy losses during several mine accidents. As a consequence, mining was finally abandoned in 1963 and also the settlement was initially left to itself. But soon scientists discovered Ny-Ålesund as a perfect place for polar research. Starting in the 1970s, a number of nations have established stations for seasonal or year-round research activity in Ny-Ålesund.

There is no permanent population in a stricter sense, there are no families, no children growing up there. In the summer, there are usually between 150 and 200 people in Ny-Ålesund, most of the scientists who leave when their work is done. In the winter, the population is accordingly reduced to 30-40 people who keep the place running. 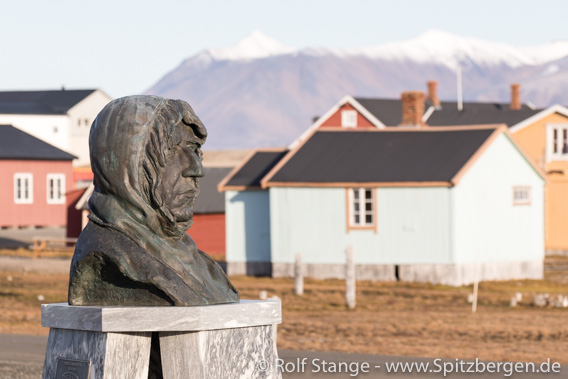 Today, Ny-Ålesund is often visited by tourists who come with cruise ships. Tourism is not on the local agenda and there are no services offered to tourists beyond a visit to the souvenir shop (Kongsfjordbutikken). There is no accommodation, shopping (beyond souvenirs) or transport available to tourists.