The Sjuøyane (“Seven Islands”) are the northern most outliers of Svalbard, and the little island of Rossøya is the very northernmost one. There is no land further north in this part of the Arctic, just water. 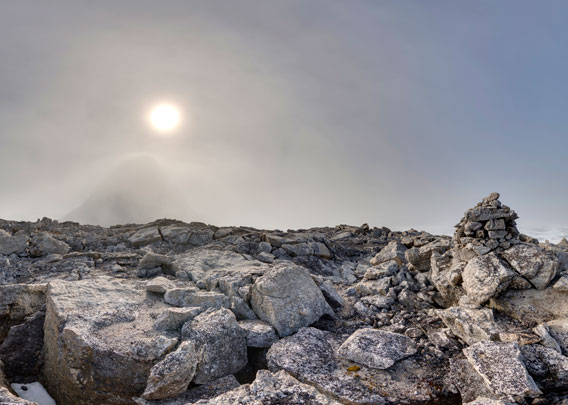 Rossøya lies without any shelter on the edge of the Arctic Ocean. It is actually just a skerry, just a large, steep rock. Its shape looks like the back of a turtle from the distance. Nobody would pay any attention to Rossøya if it was not the northernmost island. It has to be said, though, that there are islands and land further north in other parts of the Arctic, such as Frans Josef Land (Russia) and Greenland. The latter goes up to almost 84 degrees north. Here on Rossøya, we are at 80°49.7’N/20°20.8’E. 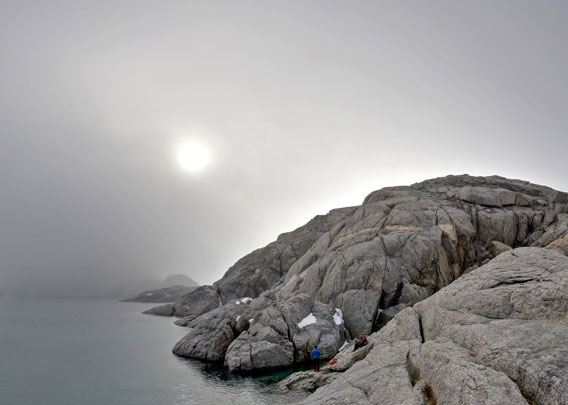 Rossøya does not make it easy for visitors. The sea has to be flatcalm, otherwise one should stay away from this steep, rocky and completely exposed coast. There might be ice, fog or polar bears, and none of these factors is good for landings, let alone a combination of several ones. And once you have managed to put your feet on solid ground (good old crystalline basement rock), there is a bit of a climb waiting in case you want to get up to the top, something that will not be everybodies cup of tea. 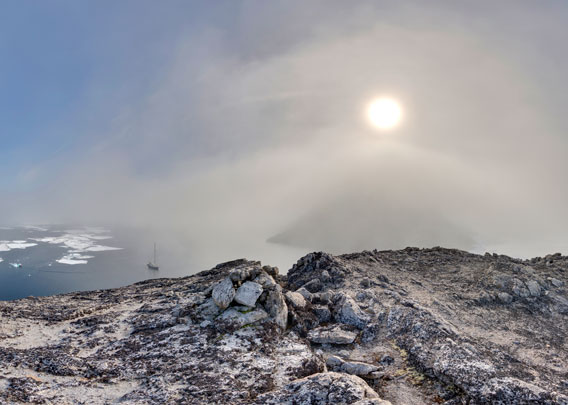 There were a few icefloes around and a little bit of fog, just enough to add to the atmosphere as we took the rare opportunity to climb up to the top of Rossøya. To the south, just under the sun, we can vaguely see Vesle Tavleøya, Rossøya’s southern neighbour, which is a bit larger and steeper. There are even puffins breeding on the cliffs there, almost on 81 degrees north!

The sun is painting a halo into the fog banks to the north. 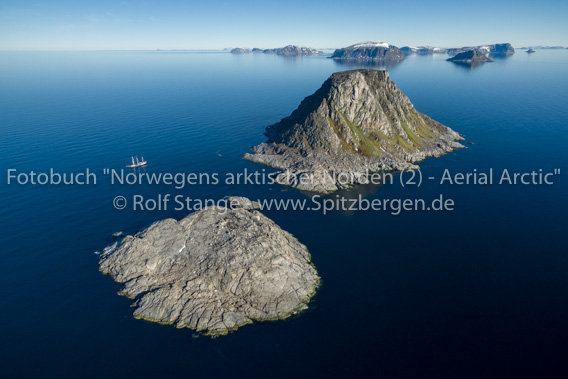 For orientation, an aerial photograph from by book Norwegens arktischer Norden (2): Aerial Arctic. Rossøya in the front, then Vesle Tavleøya. The rest of the Sjuøyane in the background, Nordaustland in the far distance. More photos like that in the book 😉

Up there it was – rocky. Who would have expected anything else? 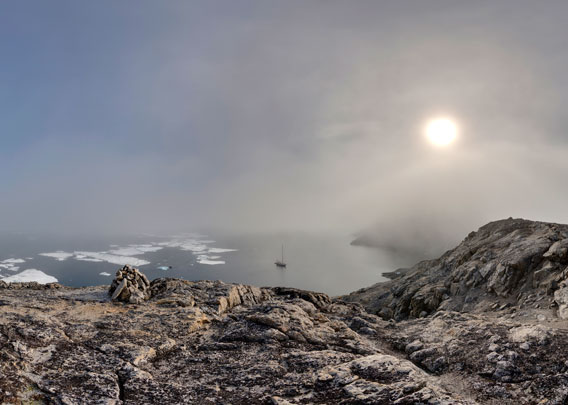 There are some lichens and Svalbard’s northernmost breeding bird is very likely the Skua that has a nest on top of Rossøya. There are three solid cairns, probably built by Swedish 19th century explorers and scientists such as the famous Adolf Erik Nordenskiöld (yes, the one with the northeast passage) and the Russian-Swedish Arc de Meridian expedition that did splendid work in Spitsbergen between 1899 and 1902.