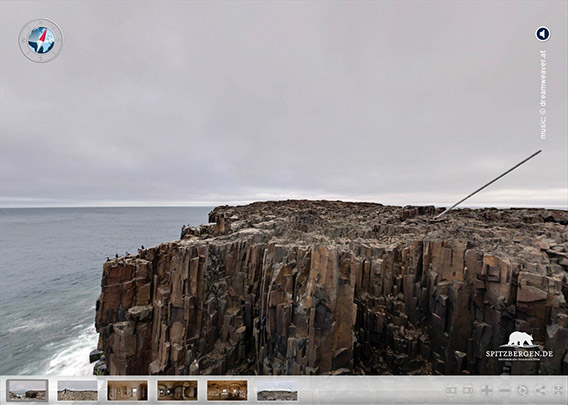 A panorama excursion to one of Spitsbergen’s most remote parts, the Ryke Yseøyane, a group of 3 small, rocky islands east of Edgeøya. There is a dramatic story to tell about these islands. We start on Steinøya, the northwestern one of the 3 islands. Steinøya is a mere 1.7 kilometres long, and this cliff at its northern end is about 40 metres high. In winter, there is a snow patch leading down from the top to the then frozen sea, steep, but not too steep to walk down safely.