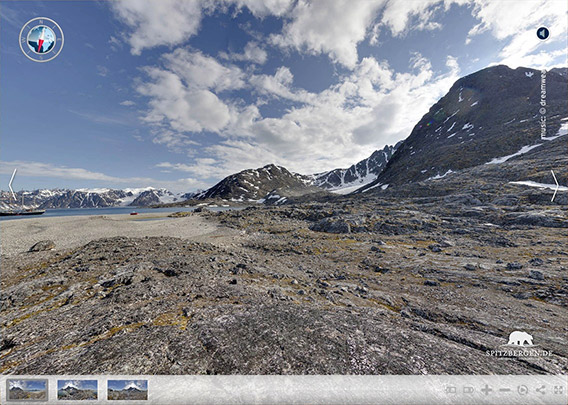 Sørgattet is a short strait separating the main island of Spitsbergen from the small island of Danskøya. It has curves, currents and some shallows and it is accordingly not passable for large vessels.

The little bay Bjørnhamna (“Bear harbour”) is situated in the middle of the straight Sørgattet on the southern side. For small boats, nature has created a well sheltered natural harbour here.

Bjørnhamna is the first good natural harbour as you sail north from Magdalenefjord, from where it is a short distance only. Bjørnhamna is accordingly a natural stepping stone from the northern west coast to the northwestern corner. It was natural for trappers to build a good hut in such a position which was both strategically advantageous and convenient. It was built in 1925 by Georg Bjørnnes, a well-known hunter back then, on the site of an older hut. Several smaller huts in Magdalenefjord and further south and on Danskøya further north also belonged to the hunting area.