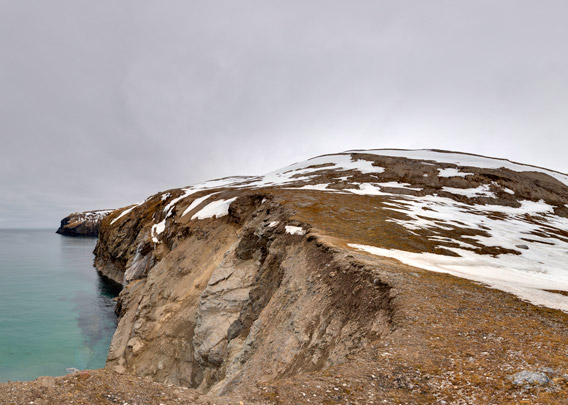 The bay Sørhamna is the only bay on Bear Island that deserves to be called a natural harbour. It offers good anchorage unless wind and sea are coming in from the south. It has a nice beach, but no access to the island from there unless you climb up a rather steep cliff, something that is not impossible there but should not be done for environmental reasons (breeding seabirds on the cliffs, erosion).

It is late May, the time of the snow melt. Wide areas of very wet, heavy snow make walking hard at this time of year. 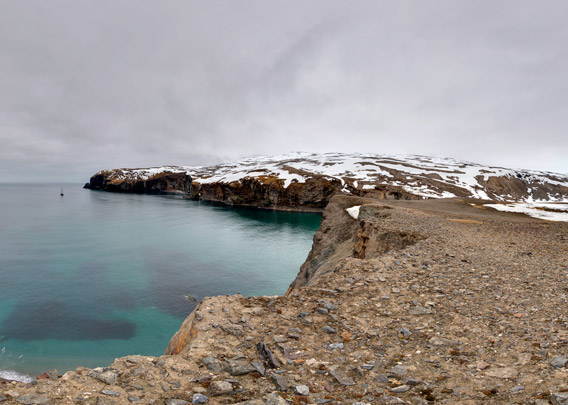 Sørhamna was the site of a remarkable adventure, when the German journalist and polar adventurer Theodor Lerner started to take parts of Bear Island in possession in 1898. He considered both the coal occurrences and the natural harbours to be strategically important and he wanted them to be under control of the German empire of those years. He even managed to drive the Russian battleship Svetlana away! Finally, however, he had to abandon his Bear Island adventures due to lack of financial and political support.

This must approximately have been the site of the hut that was Theodor Lerner’s headquarter in those years on Bear Island.