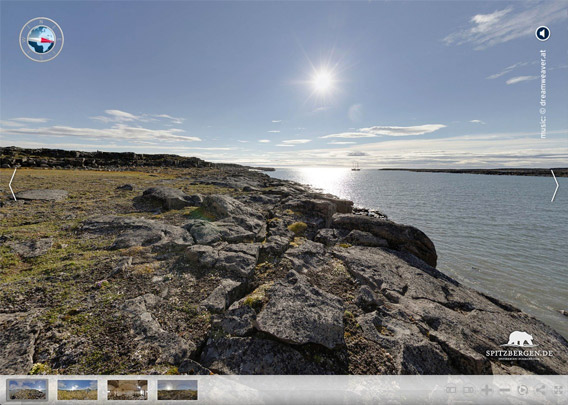 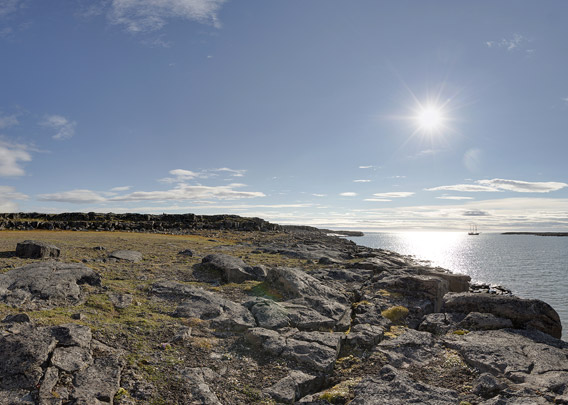 Habenichtbukta is a shallow, narrow bay that is cutting deep into the southwestern coast of Edgeøya. The shoreline is rocky, with small coastal cliffs and coarse boulder beaches with large amounts of driftwood. The tundra plains between the sea (Storfjord) and the characteristic table-shaped mountains are stretching for kilometres with dense vegetation and large wetlands.

The bay is shallow and stones make navigation in its inner part hazardous even for small boats. It was nevertheless known to and used by Pomors (Russian hunters) and whalers centuries ago. 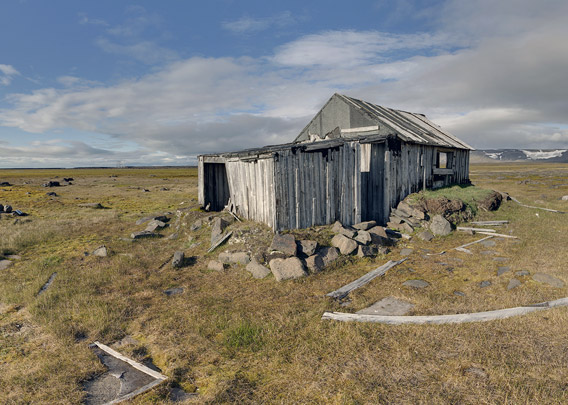 Lush, green tundra south of Habenichtbukta. Despite of its green, continuous vegetation carpet, this tundra is part of the high-arctic vegetation zone in Spitsbergen as its species diversity is quite limited. There is a trapper hut in the background. 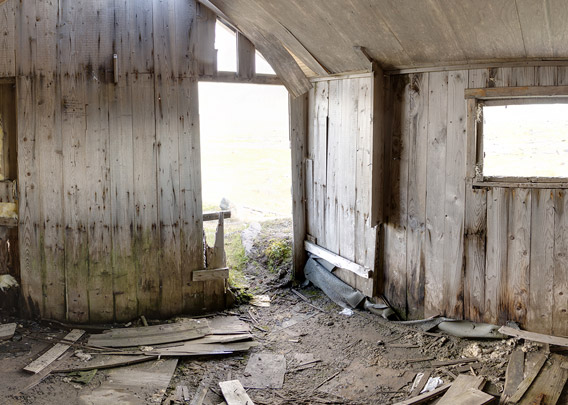 The trapper hut on Svarttangen south of Habenichtbukta. Edgeøya was an important hunting ground for trappers hunting polar bears until they (the bears) got fully protected in 1973. The huts that have not been used anymore have decayed since. This hut south of Habenichtbukta was probably originally built in 1901, but it was later enlarged and repaired. It was in quite poor condition when this panorama was shot in 2014, and it won’t be long anymore until it is just a ruin. 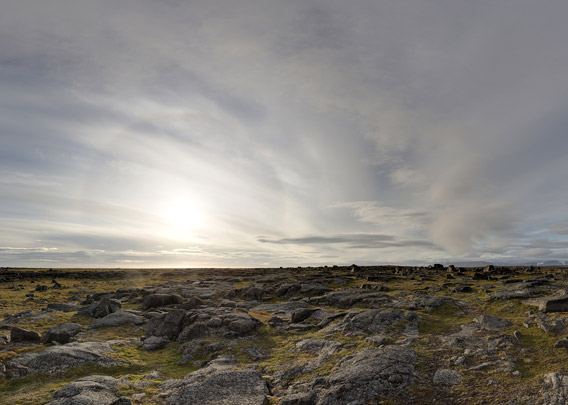 The best known part of Habenichtbukta is on the north side of the bay, where the remains of a whaling station and a pomor (Russian hunters) site can be seen. There is not too much left at the surface after centuries of decay: foundations, crumbling bricks are lying around here and there, and wooden posts mark the corners of former buildings.

The historical site is strictly protected and off limits since 2010. The forbidden area is between the coast and a lagoon, between the photographer’s position and the sailing ship (SV Antigua). Elsewhere, you can still roam around quite freely if you have the rare opportunity.