On this page you will find a little overview of Spitsbergen’s settlements and stations.

During the 1970s and 80s, the focus of economical activity has slowly moved away from mining. Longyearbyen is the centre of Norwegian administration. It is the residence of the Sysselmannen (‘Gouvernour’ with police- and to some degree juridical responsibility). Today, Longyearbyen is a centre for modern service industries. Tourism takes an important and still-growing role. 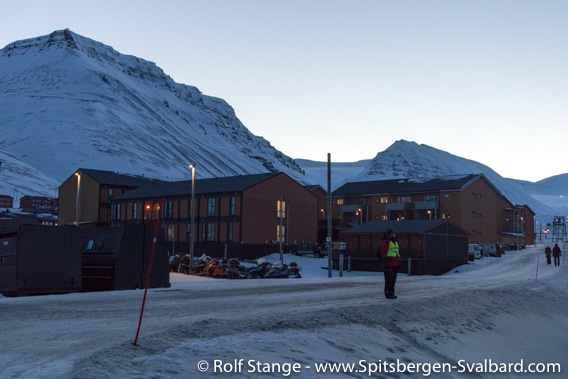 Modern residential buildings for families in central location in Longyearbyen.

There are three museums (Svalbardmuseum, North Pole Expedition Museum, Mine Museum in Gruve 3), university, public library, school with swimming- and sports hall, kindergarten as well as supermarket, several shops, galleries and a range of hotels, restaurants and a large and still growing number of tour operators. Tourism, science and administration are now the most important economical activities. Coal mining is slowly disappearing from the scene. There is still coal mining going on in mine 7 close to Longyearbyen, but the large mines in Sveagruva, Svea Nord and Lunckefjellet, are closed.

Longyearbyen has a population of more than 2,000 today, which is internationally mixed. Norwegians are the biggest group, followed by other Scandinavian nationalities, but there are also a lot of Thai people, various European nationalities, Russian, US-Americans and others. Longyearbyen has become a modern and popular place to live. The downside of this development is that the housing market has become very difficult and prices for accommodation are amongst the highest in all of Norway, which in itself is not exactly a cheap country either. 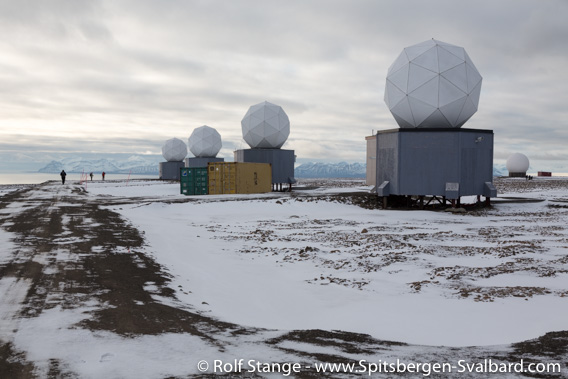 Because of its position near the pole, Spitsbergen is a good place for antennas to pick up data from certain satellites.

Due to its position near the pole, Spitsbergen is a good place for antennas to receive data from certain satellites. For the amount of data, a fibre glass cable has been laid from Longyearbyen to the mainland of Norway, which can provide super-fast internet connection – maybe an opportunity for ‘new economy’ in the low-tax area Svalbard? SvalSat is a main provider of satellite communication services with huge volumes of data uploads and downloads from an antenna park on top of Platåberg above the airport, and an important factor in Longyearbyen’s economy today.

There are several more settlements and stations in Spitsbergen. Here is a short overview. Please refer to the pages in the panorama section (click the name of the place in each section) for some more information and impressions from the various places.

The mines in Ny-Ålesund were closed in 1962 after several accidents. Later, the place was re-designed to house an international research village. There is not really a permanent population, but 30-40 semi-permanent staff and 100-150 visiting scientists during the season.

The Russian settlements in Spitsbergen: Barentsburg and Pyramiden

Besides the Norwegians, only the Russians still do coal mining. The state-owned Trust Arktikugol has closed Pyramiden in the Billefjord in 1998, but they are still mining in Barentsburg.

Outside Ny-Ålesund, Poland is the only country next to Norway to run a permanently staffed research station, which is located in Hornsund. 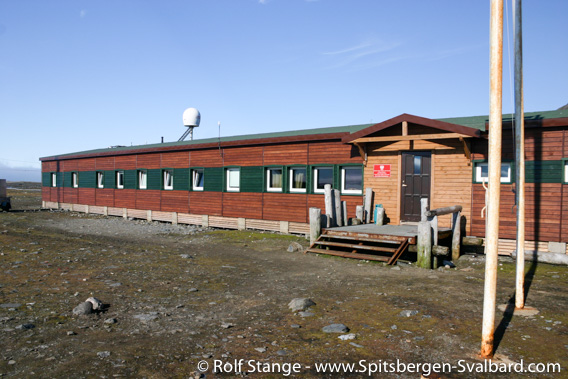 There are several stations. The former radio station Isfjord Radio at Kapp Linné in Isfjord, just on the west coast, is run automatically since 1999 and not in use anymore since a glass fibre cable made it technically obsolete. It is run as a wilderness hotel today. 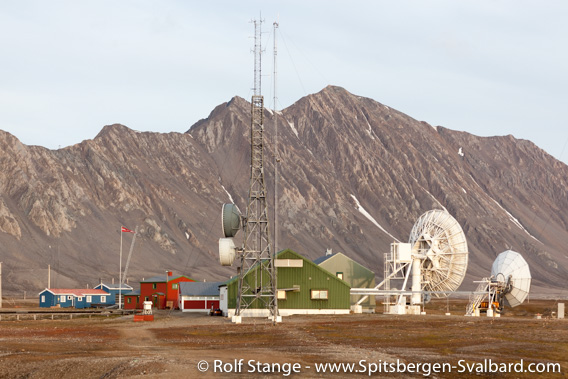 There are still permanently staffed weather stations on Hopen, Bjørnøya as well as Jan Mayen (does not belong to Svalbard).

Today, Trappers are a rare side issue. There are very few how have chosen this as their main profession and long-term lifestyle. There is one Norwegian who has lived on his own on the northern side of Isfjord for more than 40 years now. Another one lives in the Bellsund area. The trapping station Farmhamna on the west coast north of Isfjord is also still in use, but not permanently. The trapping station at Austfjordneset in Wijdefjord is owned by the Sysselmannen who usually gives it to individuals who seek a year of solitude, being active and professional hunters for at least years, but it is closed at the time of writing (early 2019).

There is another active trapper station in Farmhamna on the west coast of Spitsbergen, just north of Isfjord, but it is not permanently occupied.

All of Spitsbergen’s trappers have chosen their lifestyle and their respective places to live amongst others because of the calm neighbourhood. Respect their privacy.