Home → Spitsbergen information → History → The race to the pole 1 …

The race to the pole 1: Early attempts 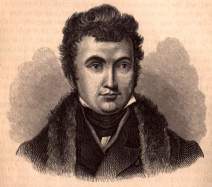 Not all expeditions which went to Spitsbergen during the 19 century, were focused on scientific exploration of the arctic. Because of its position near the pole and its relatively good accessibility for ships due to the warm waters of the Gulf Stream, Spitsbergen was used many times as a base for attempts to reach the pole.

In 1827, the Englishman William Edward Parry went with his crew and 8 reindeer on board the Hecla to Spitsbergen, anchored in the Sorgfjord in the bay which is now named Heclahamna and started a journey to the north with boats. After a while, they met ice and started to pull the boats over the ice as planned, but without the reindeer, which had been left behind in the Sorgfjord due to space limitations. Despite of very hard work, they made only very slow progress and turned back at 82°40’N. Parry had realised that an unfriendly current pushed the ice to the south, making any attempt to walk over the ice to the north impossible. This was indeed a discovery, the importance of which can hardly be overestimated. 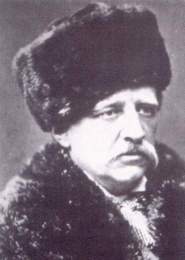 The famous Swede Adolf Erik Nordenskiöld was not only a scientist, but did also have ambitions to reach the pole, possibly to make his expeditions more attractive to sponsors. 1868, Nordenskiöld tried on board a ship with a 60 HP steam engine. Despite of 3 stubborn attempts, the summer did not bring anything but the knowledge that it was completely impossible to sail to the pole from Spitsbergen. Sledging across the ice seemed more promising. After some training in East Greenland, Nordenskiöld wintered 1872/73 in Mosselbukta in north Spitsbergen to start early in the season. Shipwrecked people from sealing ships which got trapped in the ice put a heavy burden on the supply situation, and the reindeer which Nordenskiöld had brought to pull the sledges decided that they had had enough and escaped. Soon it showed that it would not be possible to reach the pole with the heavy sledges. After some investigation of Nordaustland, Nordenskiöld went back home, thus finishing his last Svalbard-expedition.