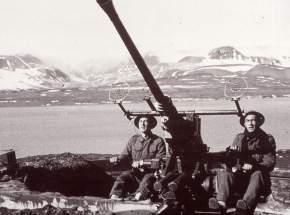 Germany’s occupation of Norway in 1940 did not have any consequences for Svalbard and its settlement for a little while. This changed in June 1941, when Hitler attacked the Sovjet Union, as the Barents Sea now got a new strategical significance as gateway for important goods from the western allies for the Red Army. In August 1941, 1955 Russians and 765 Norwegians were evacuated to the UK and the settlements on Spitsbergen largely destroyed to make sure the Germans would not benefit from them. This was quickly realised in Germany, and the opportunity was used to establish war weather stations. Weather data from the arctic were vital both for central Europe and for attacking the convoys to Murmansk. The importance of those convoys for the war in eastern Europe made both the Germans and the Allies put great effort into attacking and, respectively, protecting them. For Germany, this meant to establish a number of weather stations in the arctic, which the Allies of course tried to prevent. Competition between the different branches within the German military led to the somewhat strange fact that there were often more than one station wintering in Svalbard, whereas one might have done from a meteorological point of view. In 1941-42, the station ‘Bansö’ wintered in Adventdalen near Longyearbyen and ‘Knospe’ in Signehamna in the Krossfjord. 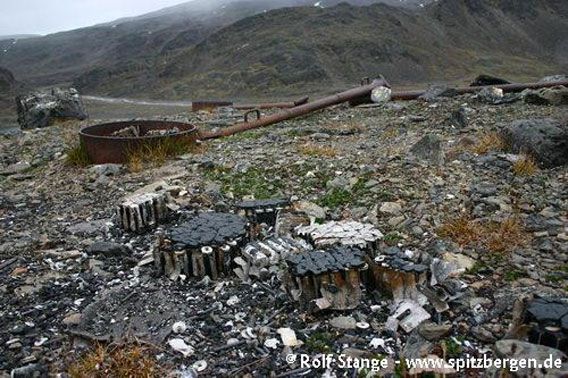 In 1942, the Norwegians tried to get control over Svalbard again. An attempt was made together with the British with two small ships, the Isbjørn and the Selis. Four German airfcrafts attacked the two ships in the night to 14th May in the Grønfjord; Isbjørn was sunk and Selis caught fire and 14 people were killed. The surviving force established a garrison with about 80 soldiers in Barentsburg, which had been largely destroyed in the previous summer. The German weather station Knospe in the Krossfjord was discovered, and a German soldier was shot there. A German submarine, which came to pick the crew of the weather station up, attacked the Norwegian camp in the Krossfjord. This attack also cost the life of one Norwegian. Later that year, the Germans again established a weather station in the Krossfjord on the same site (station ‘Nussbaum’).

German war weather stations in Spitsbergen: ‘Kreuzritter’ in the Liefdefjord 1943/44 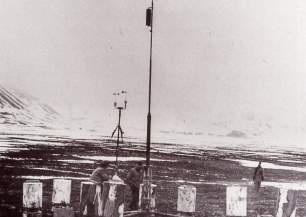 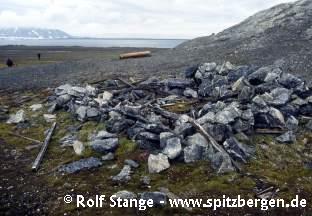 In September 1943, the Germans surprised the Norwegians with a large attack with their fleet from northern Norway, which did not have a lot to do otherwise. The two large battleships Scharnhorst and Tirpitz, together with a larger number of smaller ships, bombed Barentsburg and Longyearbyen, killing 9 Norwegian soldiers and capturing 41. The Norwegian garrison was soon established again, now in Longyearbyen.

Barentsburg being evacuated by British forces in late summer 1941 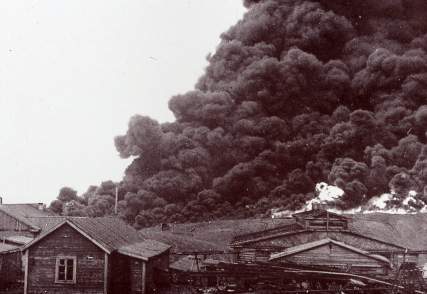 In the meantime, the war for the weather continued. The Germans kept establishing secret weather stations in Svalbard as well as northeast Greenland and Franz Josef Land.  Only in 1944-45, with an increasingly difficult situation in Europe, the Germans ran no less than four staffed weather stations in Svalbard, in addition to other, similar ones elsewhere in the north Atlantic! The last German military unit operating anywhere in the world was the station ‘Haudegen’ on Nordaustland, which was evacuated by the Norwegians in September 1945, very much so to the relief of the Germans. The station was manned with a combined crew of military personell and soldiers. Fighting near the stations was not an everyday event, but it did happen and cost the lives of a number of men from both sides. 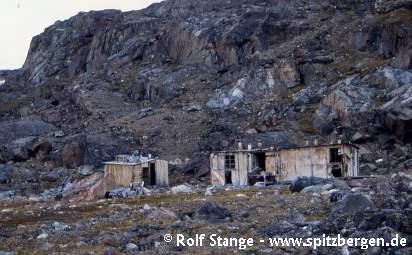 There is mostly not to much to be seen anymore after the weather stations from the war. Time and the harsh weather, but mostly souvenir collectors have taken most of it away, but a few remains can still be seen, with Haudegen on Nordaustland being the best-preserved one in Svalbard. The settlements were also destroyed with the exception of Pyramiden; but both Norwegians and Russians rebuilt their mining towns quickly after the war and started to mine coal again. 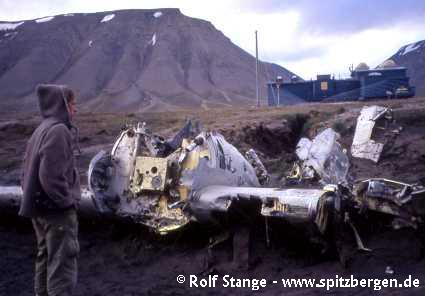