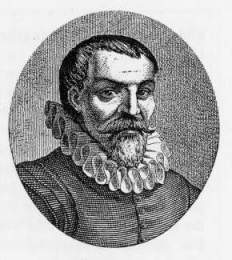 The honour of having ‘officially’ discovered Svalbard goes without contradiction to the Dutchmach Willem Barentsz, who sailed from Holland in 1596, to find a route to China. He never got to China, but to Bjørnøya, the name of which (‘Bear Island’) goes back to Barentsz’ visit, as they soon met a polar bear there and finally managed to kill it after quite some troublesome fighting. Barentsz then called the island ‘Beer Eyland’. Soon thereafter, Barentsz reached Spitsbergen somewhere in the northwest. The first sighted land could have been Fuglehuken, the northern tip of Prins Karls Forland. Several places at the west coast were visited, and because of the alpine character of the island, Barentsz called the island ‘Spitsbergen’ (Pointed Mountains).

They then went further east and had to winter at the north coast of Novaya Zemlya. During this wintering, several men died, amongst them Barentsz himself. The others made it back to Holland. Remains of the wintering hut on Novaya Zemlya have been found, but there are no archeological traces dating back to Barentsz’ visit to Spitsbergen.

The hut (1), which was built for the wintering on Novaya Zemlya, as drawn by de Veer. 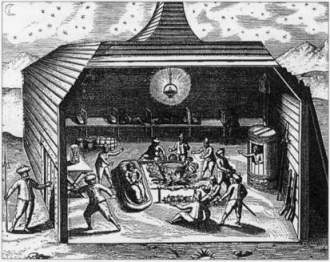 The hut, which was built for the wintering on Novaya Zemlya, as drawn by de Veer. Barentsz died shortly after departure in early summer 1597 from scurvy. 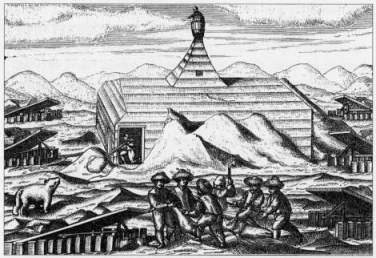