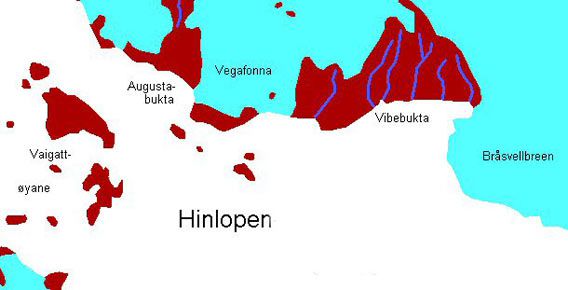 General: The mostly ice-free coastal stretch in the southwestern part of Nordaustland. The coast is quite exposed and landings can be impossible in case of wind and seas from the southwest, especially in Vibebukta. The terrain allows for more or less endless hikes to the seemingly near-by edge of the large ice caps. 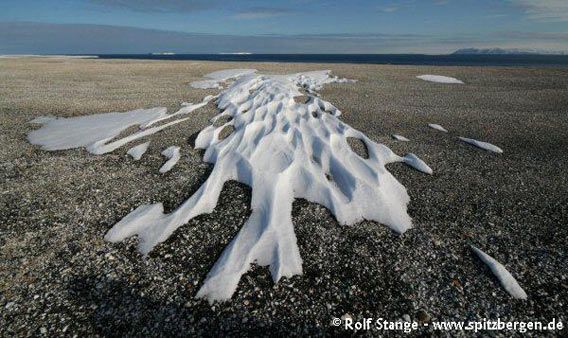 Snow patch sculptured by wind and sun in polar desert near Torellneset, Nordaustland.

Landscape: Wide-stretching coastal plains near sea level. It is the seemingly complete emptyness of this polar desert plains that can be strongly impressive, but a more careful look will soon reveal a range of details such as fossil beach ridges with old driftwood and whalebones, frost patterned ground and the occasional patch of some flowers and mosses. Some low mountains often form a barrier between the coastal plains and the huge ice caps that dominate the horizon further inland.

Flora and Fauna: High-arctic and accordingly very barren. Vegetation is scarce and mostly limited to sites such as depressions, rivulets, frost-patterned ground, weathering whalebones and depressions between old beach ridges. 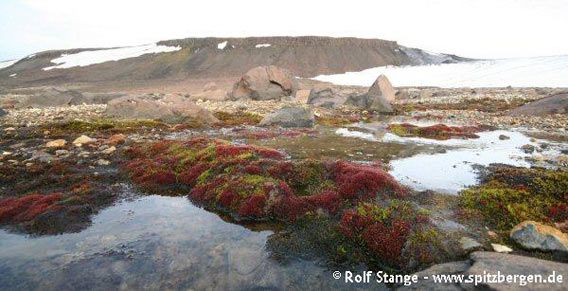 Colourful mosses in a little riverbed (Augustabukta). The red colouration may be a sign for malnutrition.

Lonely reindeer and polar bears are occasionally roaming the vast area, and some steeper cliffs are home to smaller seabird colonies. Walruses come to suitable beaches to rest.

History: The area was mapped in the 19th century by Swedish explorers, and in 1868 visited by the First German North Pole Expedition under Captain Koldewey. On this occasion, Augustabukta was named after Marie Louise Augusta Katharine, the wife of emperor Friedrich Wilhelm I. Vibebukta was later named after Andreas Vibe, a Norwegian topographer. 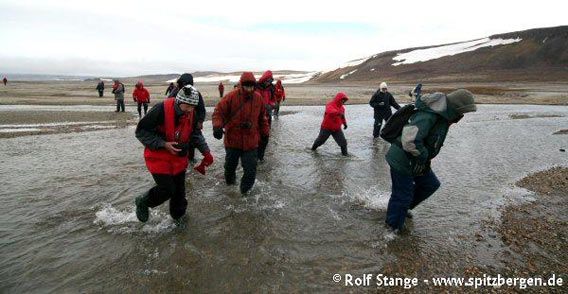 Easy crossing of a small meltwater river in Augustabukta.