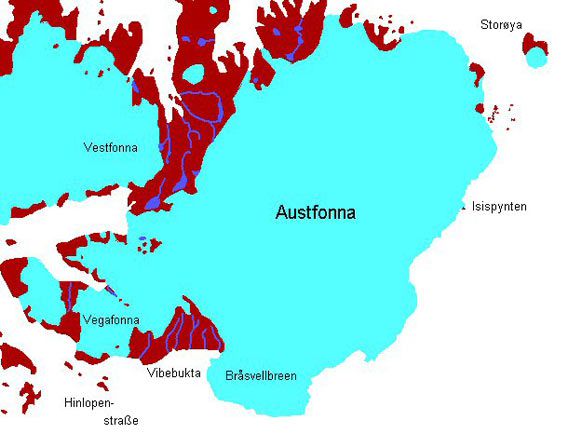 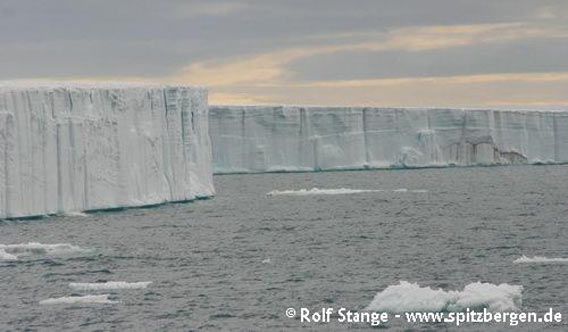 Geology: Ice cap (Austfonna) and Bråsvellbreen is a related outlet glacier. The boundary between those two is not visible. The part of the ice cap where the ice is flowing significantly faster probably because of a depression in the underlying bedrock is the Bråsvellbreen, which means the difference lies in the ice dynamics, it is defined by a faster ice flow and thus higher ice turnover. This means that it is an important part of the mass balance system. Parts of Austfonna are believed to have surged around 2013, leading to a discharge of large masses of icebergs into the adjacent Barents Sea and changes of coastline.

The ice cap Austfonna near Isispynten: an impression of infinity. 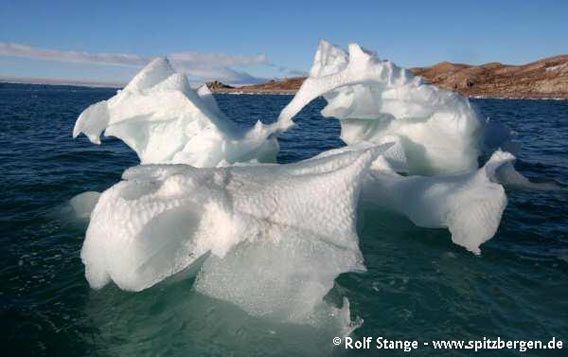 Landscape: Wide ice cap, mostly free of crevasses. On the large surface, meltwater forms streams during the summer, which cascade down the glacier front in waterfalls in some places, which is quite spectacular. 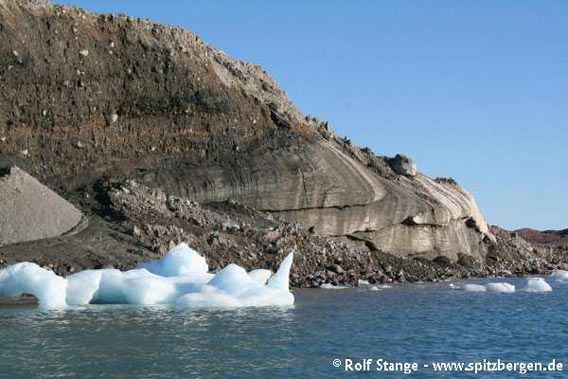 Above and below: Isispynten on the eastern side of Austfonna consists largely of some square kilometres of moraine. 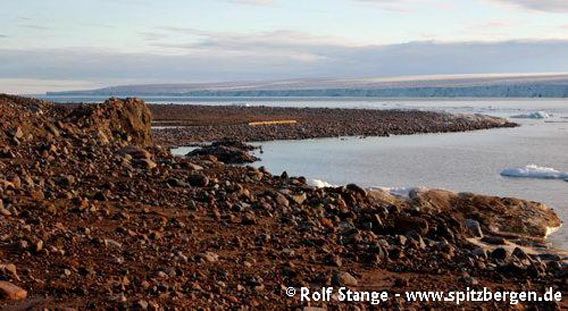