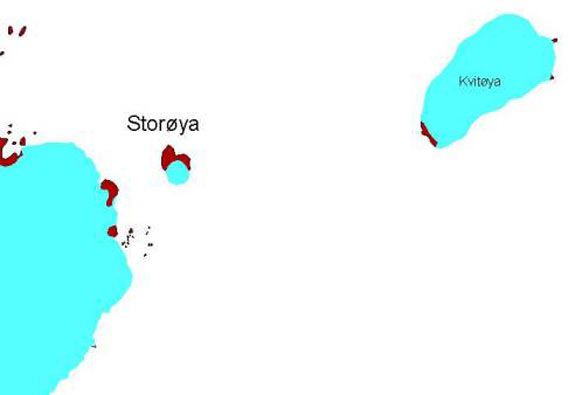 General: Storøya meanse ‘Big Island’, which must have been a joke, as the island appears to be small and lost behind the large Nordaustland. Because of the difficult ice conditions and not well charted waters, the island is difficult to reach. It belongs to the Northeast Svalbard Nature Reserve. 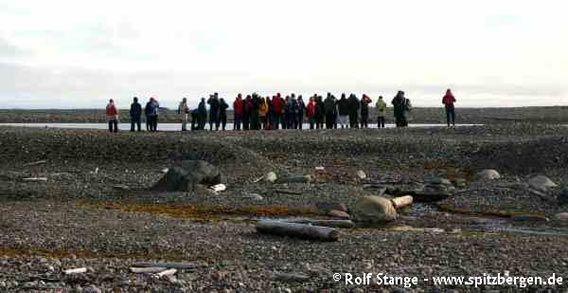 Geology: Mostly covered by an ice cap. The ice-free northern part consists of basement dolerite, as Kræmerpynten on the east side of Kvitøya; these rocks – being part of the basement – are quite rare in Svalbard.

Landscape: Rocky lowland with some lakes, beaches with some driftwood. The larger part of the island is covered by an ice cap with a classical shape, similar to its larger neighbours on both sides, Nordaustland and Kvitøya. 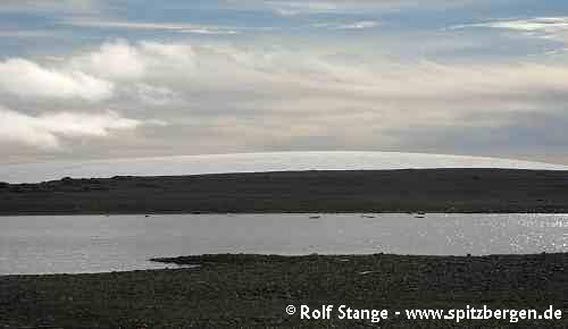 Storøya. A lake in the barren tundra and the ice cap in the background.

Flora and Fauna: High arctic, Storøya is very barren and does hardly any vegetation. Arctic terns breed here, and in 2005  Storøya has been confirmed as breeding site of the Sabine’s Gull which is extremely rare in Svalbard. Walrus and polar bears are generally common in the area. 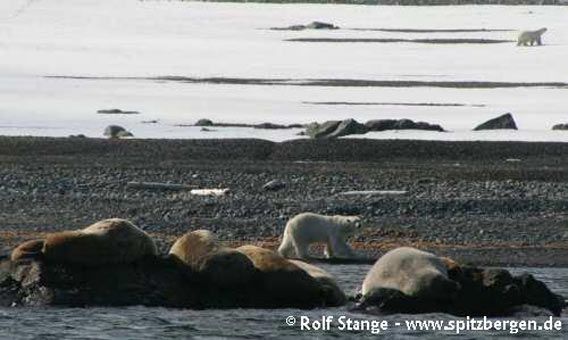 History: Swedish scientists did research on the ice cap in the 1960s, there are still the remains of a hut close to the ice cap on the west side of Storøya. In July 2006, a guide of a group of tourists coming from the expedition cruise ship MS Polar Star shot a polar bear in self defence. It was the first time in recent history (since polar bears became protected in Svalbard in 1973) that a polar bear was shot during a meeting with ship-based tourists.